The case against 5G comes to Sonoma 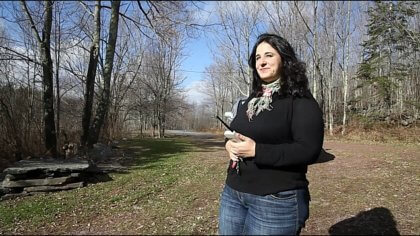 On a recent Saturday, the foes of 5G – and the world it would create – were out in force at Vintage House on First Street East. They had come to hear Dafna Tachover, the Israeli-born founder of We Are the Evidence, an international organization that publicizes the woes inflicted on humans by wireless radiation. It’s sometimes called “Microwave Sickness” and “Electromagnetic Hyper Sensitivity.”

Tachover is one of many humans harmed by laptops and cellphones. More and more people say they have the same symptoms she has. They are in Sonoma and all over the world.

Ten years ago, soon after she bought a new laptop computer for her work, Tachover felt odd. She had heart palpations, experienced what she calls “cognitive block in the brain” and felt tingly sensations in her hands and feet.

It wasn’t just the new laptop that caused the problems. All wireless devices made her feel that she wasn’t herself, and that something was affecting her mind and her body.

Tachover moved away from New York where she had been living and working as a lawyer. For two years, her home was her own car; it was the only environment in which she felt anywhere near her normal self.

“Flying was a nightmare,” she says. “Airports were the worst.” To escape from wireless devices and from radiation, she lived in the Catskill Mountains in New York State, and later in a tent in Green Bank, West Virginia, a town that has no cell towers and where people who suffer from “micro sickness” go to get healthy.

These days, Tachover has no fixed abode; some of her friends and fans call her “a Wandering Jew.” Over the last few months she has wandered across California and brought her message to receptive audiences.

Born in Israel in 1972, and descended from Iraqi Jews on her mother’s side of the family and European Jews on her father’s side, Tachover served in the Israeli military from 1990 to 1993. As a lieutenant, she managed the computer center for the Israeli Defense Forces. “I don’t remember anything I did there,” she says. “I erased it all from my memory.” That’s probably for the best.

In 1998, she became an Israeli lawyer, and the following year she brought legal action against the Ministry of Education to ban all use of WIFI in schools in Israel. “I wanted to save the children,” she says. “My duty was to protect them.” Though she submitted affidavits from school kids who said that WIFI made them sick, the court ruled against her. Yedioth Aheonoth, a daily newspaper published in Tel Aviv, called her  “A Radiation Victim,” a title she has rejected, though she explains that she is a victim of government and industry lies about wireless communication. 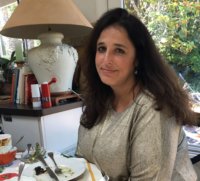 Before a lively audience at Vintage House, Tachover offered mostly bad news. “We are going into a world I don’t want to be part of,” she says. “The future looks like a very bad place.”

Tachover doesn’t expect people to throw away all their devices and she doesn’t only offer bad news. “You don’t have to give up your phone,” she explained. Still, she urges everyone to turn off cellphones as much as possible, opt out from so-called “smart meters,” get rid of Blue Tooth, and disable WIFI when not in use.

“Keep your house as free from these devices as you can,” she says. “And keep up the fight against 5G which will increase exposure to radiation.” Sometimes faster isn’t better. Sometimes more information delivered in fewer seconds than ever before isn’t real progress.

9 thoughts on “The case against 5G comes to Sonoma”