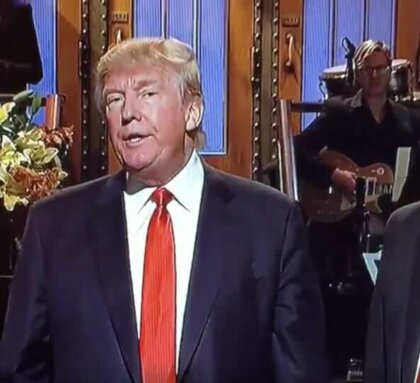 The Covid-19 Daily Briefing Show starring Donald Trump will up the production values of the nightly live broadcast by bringing in a sidekick for Trump and a live studio band.

“This virus thing is such a bummer, we needed to kick things up a notch,” said a source from the White House Broadcasting Company. The sidekick job, which will entail introducing the president and discerning, then laughing at, his attempts at humor. On the short list: Kanye West, Roseann Barr and a “prudently sedated” Gary Busey.

The band, which will perform the ‘walk-on’ music for regular guests including Mike Pence and Dr. Anthony Fauci, will include Trump boosters Ted Nugent and Kid Rock. 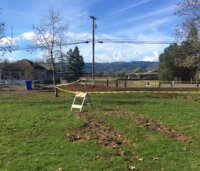 Photos of the crime scene in Sonoma’s Depot Park, where majestic but undocumented non-native eucalyptus immigrants from Australia were brutally cut down with chainsaws, remains taped off as police and forensic botanists search for clues. Meanwhile, reports The Sun’s Bob Edwards, other Australians huddle in fear nearby, knowing they could be next. 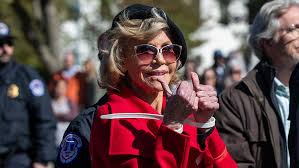 The ever-stylish Jane Fonda has released a line of clothing designed for women who want to look great while being arrested at a climate change rally. “Flattering and slimming, yet practical,” says the Academy Award-winning actress and activist. “You still want to look your best, even when being dragged into a police van.” Fonda, 81, was arrested recently at a rally on the steps of the U.S. Capitol Building. “Handcuffs are the ultimate fashion accessory, ” she says.

“I thought this day would never come,” said a shocked patron of Peet’s Coffee in Sonoma after finding a parking spot directly in front of the Broadway storefront. He last saw an open spot  “sometime in late 2017,” but was cut off by an erratic Prius driver “jacked up on pumpkin spice.” This time, he said, he did not actually want a coffee drink, but the opportunity was too good to pass up. “Usually I park at the post office and get coffee, so this time I pulled in here, then went to get my mail.”

Study that debunks the debunkers is flawed, critics say

A fact-finding panel tasked with disproving a disputed truth has itself been compromised by alleged bias, according to critics whose own expertise has been questioned.

Fully committed to an analytical approach to major league baseball,  The San Francisco Giants have replaced outgoing manager Bruce Bochy, a human, with an IBM supercomputer. The massive device can perform 200 quadrillion calculations per second. “This baby beat the world chess champ, and won Jeopardy,” said Giants ownership.”It should be able to figure out when to bunt or pull a relief pitcher.”