The culture of street protest is in its heyday now 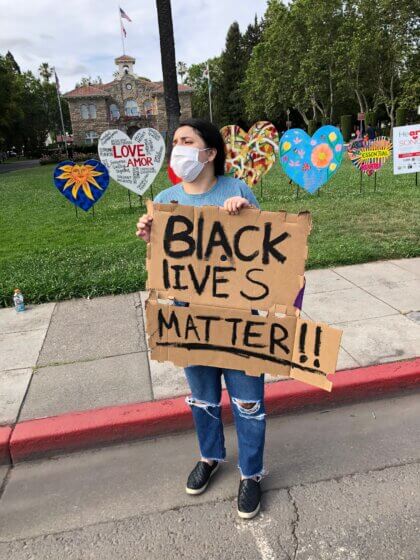 The ongoing national protests against police violence have entered a stage similar to the Occupy Movement in 2011. As a labor-based democratic socialist, I am not too romantic about leaderless street-action mass movements, because I know from historical evidence that they follow an inevitable arc of mushroom-like bloom and decay.

The cultural message is what remains, and the BLM message has sunk into the cultural foundations to stay. The social justice actions in Sonoma County are happening almost daily, which is very heartening to see.

The over-zealousness of some of the young activists for whom this was their first rodeo can be excused. That said, the closure of the Seattle CHOP was a blunt instruction on how real power works in the world. Don’t overestimate the political power of these transient street-action based social movements.

In the real world of living history, which is the alchemical dialectic anodization between the social base and the capital superstructure, transformational change is earned via many actions and projects. We are in a moment, which we can transform into a movement, if we are disciplined, wise, and kind.

That cautionary epistemic humility observed, by all means; get creative with ways to do ongoing street protests. You’re probably unemployed or working from home with lots of time to spare. Get busy with it, and remember that you are playing for the cameras, not the cops. Your mental health will improve dramatically by doing an action, even if it is from the safety of your car.

The culture of street protest is in its heyday now. We have the time, the organizers insist that you be masked (which wreaks havoc on facial recognition software FYI) and functionally, every protest is a negative political referendum on Trump, which helps expedite his well-deserved departure. Frankly, it’s better than stewing over the dire state of the nation, unemployed and bitter, watching TV in a hotbox apartment.

Really, folks, the stats are in… outdoor protest with universal masking and proper social distancing is as safe as shopping. Don’t be neurotically afraid. Having no future is bad for your health, too. You know what your personal parameters are. Everyone has a seat on this train.

The real question for me, as a socialist political strategist, is: “Why are we always starting from scratch? Why is the American left, such as it is, so deeply atomized? Why have we not built durable, fully-funded, and well-staffed institutions that persistently advocate for working-class interests?” That is “what is to be done.” Those working-class interests are a composite of the race dynamic overlaid on the class dynamic. That’s what I mean by the term “intersectional.”

The root of any political movement in America with an actual transformative potential will come out of the talent pool of the Sanders 2020 campaign, which has ignited the growth of the progressive wing of the Democratic Party. AOC is using her rock star fund-raising prowess to help build up a solid progressive caucus in the House.

The thousands of activist Bernie cadres who were honed to journeyman status in the crucible of the 2016 and 2020 primaries are now working on campaigns across the country to elect smart, young, diverse progressives. We are the future of the Party, like it or not.