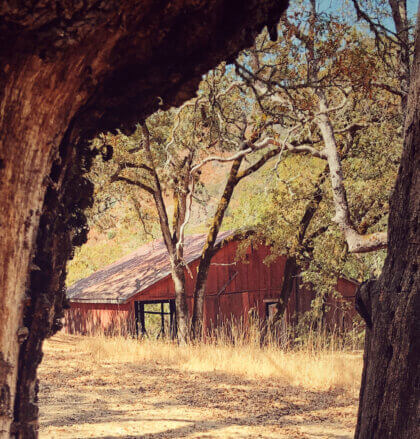 ‘It served as habitat for our feathered and furry friends, a cool refuge for hikers on hot or rainy days, and a picturesque backdrop for the occasional photographer.’

Venerable barns are special places, Breck Parkman says, with special meanings for those who know them. Which is why the Red Barn of Sugarloaf Ridge State Park is being fondly remembered after wildfire consumed it in late September.

Parkman, a retired Senior State Archaeologist for California State Parks, has worked and studied in Sugarloaf for decades, and knew the Red Barn well. As a longtime friend and colleague of Sonoma Ecology Center, and currently a member of its Board of Directors, Parkman shared both historical facts and his own thoughts and reflections on the Red Barn, which clearly was a special place for him. 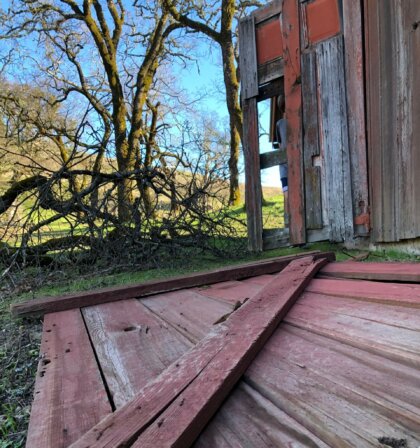 The Red Barn was built in 1918 by the homesteading Hurd family on land that is now part of Sugarloaf’s northern backcountry. The Hurds raised seven children in the nearby farmhouse, and the barn was an integral part of the family’s daily life.

“Barns are special places and if you’ve ever lived on a farm or ranch, you know just how special they are,” Parkman said. “They’re hubs of activity and functional cores of existence.”

The Hurds moved on in 1930, and the property changed hands, becoming a hunting lodge and, in the late 1960s, a commune. Parkman cites Milo Shepherd, Jack London’s nephew and Sugarloaf’s first park ranger, as saying that at least 30 people lived there in 1967 – “and Milo estimated as many as 90 were visiting on weekends.”

The house burned down the following year, and soon afterward the property was acquired by the State of California and added to Sugarloaf Ridge State Park. 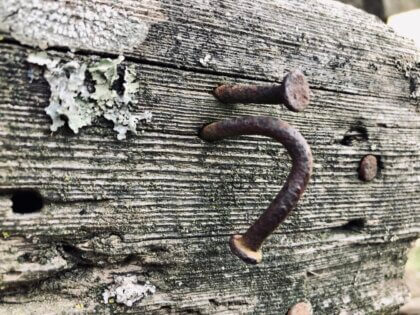 “The Red Barn hasn’t seen much use in over 50 years now,” Parkman said, “but it served as habitat for our feathered and furry friends, a cool refuge for hikers on hot or rainy days (myself included), and a picturesque backdrop for the occasional photographer.”

In late September, the day before the Glass Fire came to Sugarloaf, a small group of hikers including Parkman, Park Manager John Roney, and photographer Diane Askew visited the property. Askew, who has taken many pictures there, took one of the barn bathed in orange morning light, its surface laced with the web-like shadows of tall oak trees. 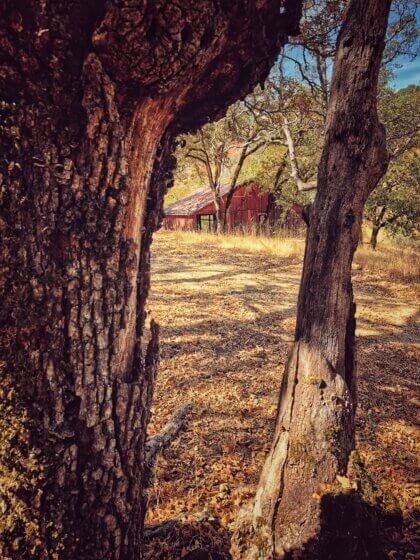 “I suppose this was the last photo ever taken of the barn,” Parkman said. Askew said she had visited the Red Barn four times this year, hiking up to the property, having lunch, photographing the structure, and hiking back.

“I often pondered why I was so drawn to document this old barn in such detail,” she said. “Sure, it was a perfect destination to enjoy my lunch, and a good place to pause before turning around and heading back down the hill, and it was certainly photogenic, but it was more than that. On some level, I think I knew that the barn wouldn’t be there for much longer.”

The day before it was destroyed, Askew was photographing details she had previously overlooked, shooting from different angles. “I wish I had said goodbye as I walked away and looked back at the barn in its peaceful and idyllic setting. Sometimes, we don’t know why a place touches our heart, and maybe we don’t need to know.”

“When I heard that the barn burned, the day after I was last there, I felt a genuine sadness come over me,” she recalls. 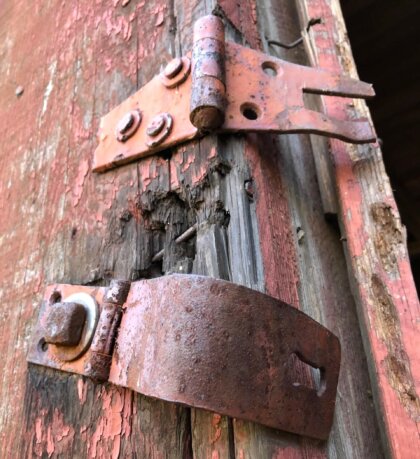 Sugarloaf is operated by Sonoma Ecology Center and its partner nonprofits in cooperation with State Parks. The Glass Fire that took the Red Barn also swept over three-quarters of the park, putting the loss in perspective for Roney.

“We now need to rebuild, again, especially the backcountry trails and other infrastructure,” Roney said. “But the Red Barn, that can never be replaced.” 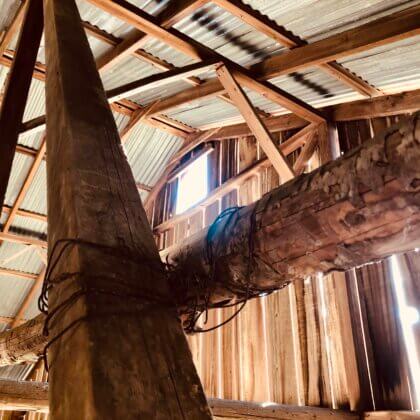 Parkman noted that although wildfires are often remembered in terms of acreage burned and homes lost, there are other ways to remember what is lost after a fire sweeps through.

“When Ray and Bertha Hurd constructed their barn in 1918, I’m sure they weren’t thinking that it would be still standing more than a century later. And I suspect they would be surprised to learn that people of the future would someday mourn its loss.”

2 thoughts on “Gone the Red Barn”