The United States of suspended animation 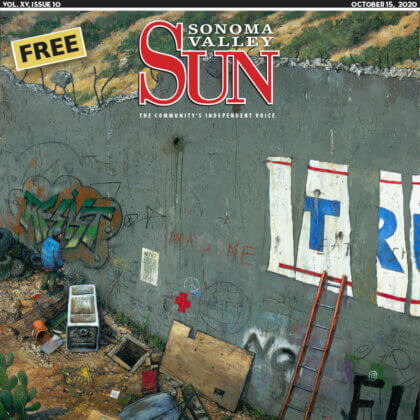 The most prominent feature of this unsettling interregnum following the election is the lack of closure. We did not get the release of dread or the angst of defeat. The Constitutional machinery was not designed for this kind of malicious bad-faith stress test. The Fox/Breitbart/Rush 24/7/365 chaos theory digital fire hose jamming every airwave with the dial at max, coupled with the deprivations of quarantine, has harmed the mental health of many of my liberal friends and allies. We have to fight back until we win.

Gauging from scanning my social media accounts and from reading the daily papers, it is clear that many of my liberal brothers and sisters are deeply troubled by the failure of this close election to deliver a clear and uncontested result.  They had expected a pressure drop, a resolution of the relentless emotional abuse hurled at them daily by the omnipresent orange id king of Twitter.

My older liberal acquaintances are in a state of suppressed rage and feel viscerally distressed that one man’s perverse, narcissistic anti-democratic will (enabled by a cowed cast of Republican cowards and losers) can derail one of the few remaining decent American political traditions, the peaceful transfer of power and the rituals of formal accession to the electoral outcome.

We should reflect deeply on this close shave with homegrown authoritarian rule by a radicalized right-wing Republican Party.  This is where the progressive youth wing of the Democratic Party has something to teach their respectable centrist parents and the mainstream media clique: we need to be about something, not just ‘against the bad man’.  As the saying goes, ‘You can’t beat something with nothing’.

We have to have the disposition to fight, not just reflexively look for the magic compromise. The lack of any clearly defined economic and social policy agenda is why the Democratic Party continues to hemorrhage down-ballot seats.

The DNC liberals try to sell us on mood, theme, and identity issues rather than providing a systemic critique and a concrete plan of action to accomplish the core elements of the progressive agenda.  Barack Obama was the last ‘horoscope candidate’, whose program was primarily a set of cultural atmospherics and a tepid liberal reform agenda that never got around to breaking into the top line of the actual neo-liberal policy priority: facilitating the reformatting the economy by the financial sector, resulting in a deeper concentration of oligarchic capital and the ‘creative destruction’ of the lifestyle of the newly emerged creative class.

That large rung of downwardly mobile PMC’s (Professional Managerial Class) from the 1990-2008 creative class heyday is now being rendered redundant as a result of over-production of elites in the university system and the contraction of U.S. capital from domestic investment. This lost generation of well-educated young people with no decent prospects is the human capital kindling for the revival of a powerful progressive movement. These young men and women and their allies will be the force that will have to take the reigns of the Democratic Party to save it from its current trajectory of decline.

Just to be blunt, this election was not an affirmation of the strategy of the current Democratic Party leadership.  Had it not been for the intervention of divine wrath in the form of a global pandemic, Trump would likely have been re-elected comfortably.  We have very few laurels to rest on, other than a razor-thin win at the presidential ticket. The Democrats lost House and Senate seats, and continue to decline in state legislatures nationwide.  The DNC is not selling a winning brand.  We eked out a narrow victory against the most manifestly unfit and ethically challenged president in American history. We need a better formula than that. That’s weak tea. We need new progressive party leadership.

My expectations for the Biden Administration are modest. My hope is that Biden’s team, lead by the highly competent party consigliore Ron Klain as Chief of Staff, bring into the government the top ten thousand competent technocrats in DC to set up a robust federal pandemic response team, rebuild the CDC, the EPA, the Dept. of Energy, and the other critical federal agencies that have been degraded and looted by the Trump team, aided and abetted by a spineless, amoral Republican Party leadership.

The first hundred days agenda should include a big legislative push to re-authorize an enhanced Voting Rights Act, re-introduce the union-backed Employee Free Choice Act, establish a national task force on ending routine police violence, and a few populist gestures like knocking $50K off all federally authorized student loans that would be a direct material benefit to the Democratic base. We need more cash money benefits and fewer symbolic cultural satisfactions as a substitute.

One desirable side effect of the Biden era may be an end to the dreary ‘woke’ talk, which is very off-putting outside of coastal elite circles.

Mostly, I hope that Joe Biden will bring back some old-school fighting Democrat mojo. We need harder, smarter partisans who will keep their nerve when the flak is flying, not just apathetic corporate cut-outs and blue-state centrist time-server mediocrities looking to cut a deal with Mitch McConnell at the expense of the working class.

Local elections went as expected: based on a much better campaign, Measure W passed in the city of Sonoma; Sonoma County did the right thing and passed Measure P, which will place civilian oversight on the actions of the Sonoma County Sheriff’s Office. The state-wide ballot initiatives were disappointing, with Prop 15 (Ending the Prop 13 business property tax scam) failing and the disastrous passage of Prop 22, which will legalize the Uber/Lyft/DoorDash practice of degrading the legal standards for what constitutes employment in California.

One thought on “The United States of suspended animation”