Temperatures up, masks off

Sunny skies, brown lawns, preemptive power outages. Ah, summer. When the super hot weather returns (from its vacation in Seattle), so will the threat of fire and PG&E’s Public Safety Power Shutoff program. You remember, that’s when the utility-formerly-known-as-bankrupt shuts off power in advance of dangerously high winds. Customers should automatically get an alert, but you can make sure to receive a heads-up, for any physical address, at Pge.com/addressalert… That should give you enough time to stock batteries, gas up the generator, or head to Portland, where it’s finally cooling off. If your power and nearby cell tower go down before you get the message, consider you’ve already gotten the message.

Sonoma County’s net assessment has hit an all-time high of $101,756,932,176, an increase of 3.23 percent over last year, according to the County’s best computer. The amount reflects the value of all real and business property in Sonoma County as of January 1 of this year.  What does it mean? That you can buy a share from Pacaso for $18 billion. But be careful, those annual management fees really add up.

Now that the great Sonoma fireworks controversy has fizzled out — despite the incendiary worry, there were no fires — what next will we fret about online? Well, anonymous, bagged dog poop in your garbage can — that’s always a reliable go-to. How about this: authorities have found the year’s first dead bird infected with West Nile virus, in Santa Rosa. West Nile — now there’s a virus you can wrap your (gloved) hands around. But is there a mask for it?

Measure P, which strengthened the process of citizen review of the Sonoma County Sheriff’s Department, was passed by a big margin in November. But an obscure state labor board has struck it down. Happy no doubt is Sheriff Mark Essick, who was so against the measure he asked the board of supervisors for money to fight it. The four-person verdict means, for now, a relatively toothless Independent Oversight. But Essick, in a flourish of magnanimous transparency,  is looking for residents to join his Community Roundtable for Equity, Engagement, and Diversity, folks of “diverse backgrounds, perspectives, and experiences.” It’s a seat at the table — at the restaurant you’re about to get thrown out of.

Save the date: November 2, special election day. Sonoma needs a new councilmember to fill the seat of Amy Harrington, who last month became the third member of the council to resign this year. The previous openings were filled by appointment (Kelso Barnett, Bob Felder). But since the five-person panel can’t have a third, the special election has been called… Want to run? Promise you’ll stick around through 2024? File by August 6 at Sonomacity.org. 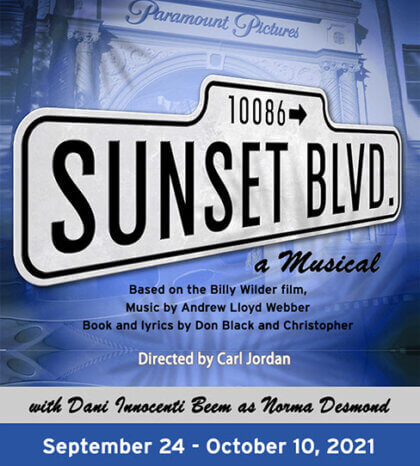 Sonoma Arts Live puts the live back in live theater with Sunset Boulevard on September 24. Starring the incomparable Dani Innocenti Beem as Norma “ready for my close-up” Desmond, the show kicks off a seven-show season including two holiday productions, The 39 Steps, and wrapping next July with The Drowsy Chaperone.

Sen. Bill Dodd and other area legislators secured a $250,000 budget allocation to help create a memorial wall at the Sonoma Developmental Center cemetery where more than 1,400 people are buried in unmarked graves dating back to 1892. “People laid to rest at this institution should receive the respect and dignity they deserve,” Dodd said. “This is such good news,” said Tracy Salcedo, Glen Ellen resident and cemetery project advocate. “Christian Pease and Kathleen Miller have done all of the heavy lifting on this project, in terms of advocacy, concept, design, and securing funding. It’s an honor and a privilege to work with them. I share their passion for the place and for remembering the people who lived in Eldridge and are buried in the Eldridge Cemetery. It’s sweet to know our legislators and their staffs are passionate too.”

One thought on “Temperatures up, masks off”