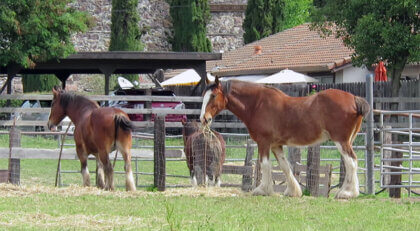 As the speed of change accelerates, our sense of time becomes distorted; we barely have time to coalesce memories before they are displaced by new events. In this way, history becomes lost, swept into a bubbling froth of social and personal transformation.

So too our sense of place gets displaced, the feeling of belonging where we are, getting to know its mood, its seasons, and letting its character seep deeply into our bones. As the transformation of our surroundings accelerates, maintaining a sense of place becomes harder.

When my wife and I moved to Sonoma thirty-plus years ago, sense of place was at the top of the planning and land-use agenda. Creating the General Plan in the early 1990s reflected that concern, and over the course of many months hundreds of people participated. Tens of hours were spent collecting and discussing ideas about Sonoma’s sense of place, and ways to enhance and preserve it. The resulting award-winning plan combined a vision of the future with language and regulations to support it.

By and large, we are still living with the outlines of that plan, but it’s threatened by powerful development interests, reduced housing affordability, commercial exploitation, the ever-rising cost of government, heavy-handed state-wide planning authority, and a growing lack of public interest.

Change is inevitable; the purpose of land-use planning is to guide and manage change, not prevent it. Accordingly, the goals, policies and regulations in such plans are intended to support a vision of the community’s future, even though not all events can be anticipated. Climate change, drought and wildfires are examples, not to mention pandemics. These and the other threats already mentioned make land use planning a work-in-progress, which it always is; sustaining a sense-of-place is particularly vulnerable.

Streams and creeks once flowed freely in Sonoma; all but a few now are contained in underground pipes. This year, even our remaining open-air creeks are dry. In contrast, real estate money is flowing strong, and the market for new million-dollar-plus homes is powerful. City policy mandating that 25% of new large housing projects be affordable (rent and sales price controlled) has value, but in a typical year the number of mandated affordable units created are fewer than ten. Meanwhile, remaining developable parcels are being snatched up for expensive market rate housing.

Land use planning necessarily takes a long-term view; updates happen roughly once per decade. Our UGB (Urban Growth Boundary) is now mature, making underutilized residential and commercial properties attractive for redevelopment. Land uses such as banks – now nearly empty – will be transformed. Transportation corridors will begin to see housing included within large commercial projects. Unfortunately, residential neighborhoods are becoming commercialized; companies like Pacaso are buying homes, forming LLCs and selling fractional shares to as many as eight owners, virtual vacation rentals. The City of Sonoma prohibits vacation rentals in residential neighborhoods, but the approval of investment-based vacation homes in the county is nothing short of a tragedy for neighborhoods. To top it all off, the State of California has invalidated sense of place as a legitimate land use approval criteria.