What waste goes where? Sonoma’s Earthlings show the way 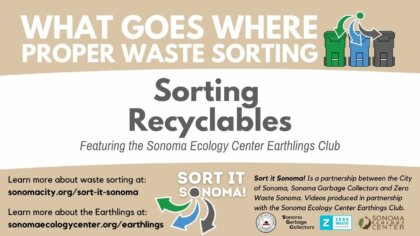 Are you confused about what waste goes into what bin — recycling (blue), organics (green), and trash (gray/black)? A teenage crew from the the Sonoma Ecology Center — the self-named ‘Earthlings’ — is here to help.

The City of Sonoma and the Earthlings partnered to create a series of “how to” Public Service Announcements and informative videos to help residents with the oddly confounding details of proper waste disposal and recycling.

The series was created as part of the City’s ‘Sort It Sonoma!’ campaign that aims to help residents, businesses, and institutions sort waste properly.

A new state law (Senate Bill 1383) mandates a dramatic reduction of organic materials disposed of in landfills, a prolific greenhouse gas culprit. All organic materials must be put into one of three bins (blue, green, gray/black). It’s not as easy as it sounds. Earthlings to the rescue.

“It is critical for all of us to sort our waste properly and to keep compostables and recyclables out of the landfill,” said Sonoma Mayor Madolyn Agrimonti. “If everyone does their part, all these little steps such as sorting will combine into one big community step toward saving the environment.”

Over the summer, the City reached out to the Earthlings — a group of youth-led Sonoma locals who are devoted to driving environmental change through education, hands-on activities, and community building — to harness their creativity in getting the word out. The Earthlings first recorded a series of Public Service Announcements for KSVY Radio. The next step: write, shoot, and edit four helpful videos.

“We are so fortunate that the very talented, dedicated and well-informed Earthlings Club partnered with the City to produce these useful videos,” Agrimonti said. “They did a great job.”

Thank you also to the following parents and friends of the Earthlings were instrumental in the production of the videos (in alphabetical order):

Sort It Sonoma! launched in the spring of 2021.

4 thoughts on “What waste goes where? Sonoma’s Earthlings show the way” 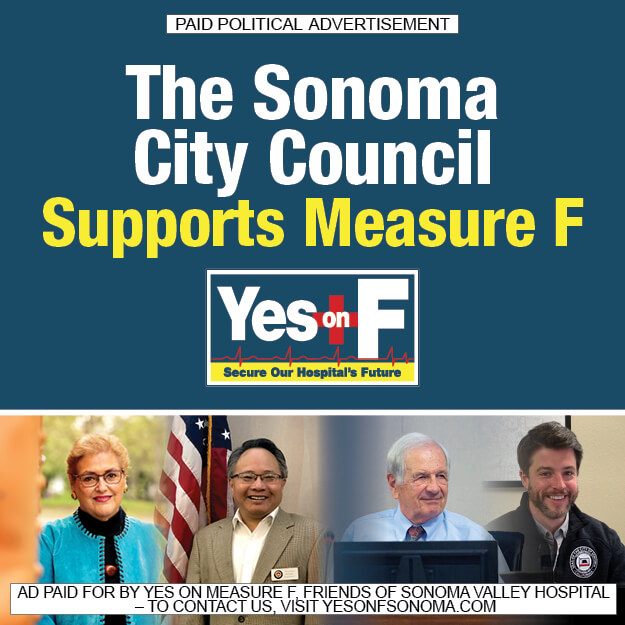