Under the Sun: Molly Curley O’Brien, after the fire

Sonoma native Molly Curley O’Brien is the Director of Grants and Government Programs for the After the Fire organization.

Were you living in Sonoma during the 2017 fires?

No, I had left Sonoma in 2016 to start a masters program at Mills College. My husband Flynn and I were living in Berkeley. I had noticed on Facebook that Jennifer Gray Thompson was doing some serious organizing during the fires. I didn’t even know her then (she is my boss now), but I reached out to see how I could help. She asked me to get 300 breakfast burritos to the evacuation center at Sonoma High by the next morning. I think it was 4 p.m., but I still said ‘yes.’  Somehow I figured out how to procure them, and next morning rolled into the high school with a minivan full of burritos plus other supplies. I proceeded to stay there for like four days straight, first organizing supplies and taking inventory and then later helping SVHS staff with whatever they needed. I was organizing volunteers, placing blankets over evacuees while they slept in the middle of the night, who knows what. It’s still a blur. I don’t think I really realized how impactful those fires were on the trajectory of my career until a few years later when what we thought was an unprecedented thing in 2017 became a norm. It’s not OK and I wanted to be a part of helping it not disrupt so many lives. 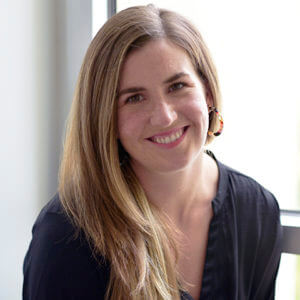 And working at After the Fire gives you that opportunity.

For sure. I started part time in 2020 when it was Rebuild Northbay. I had been doing some really impactful, interesting work for a nonprofit in Oakland, and realized I wanted to do that in Sonoma County.  I am so glad to be doing impactful work in a place that made such an impact on me.

When did you move back?

In September of 2020 we moved to Santa Rosa. We had had a baby in February. What a time to choose to come into the world, at the beginning of Covid! And for me, there was no child care when I was trying to go back to work. I didn’t know how to be a working parent in a world I didn’t recognize. So we left our 600 sq ft apartment in Berkeley, where we were both working from home. The silver lining of the pandemic was that my husband’s work went online indefinitely.  I had lived in Sonoma my whole life, but my husband was an Army brat and had moved all the time. He saw the beauty of Sonoma and the beauty of its people, so we jumped on the chance to move.

What is your job at After the Fire?

I’m the Director of Grants and Government Funding. I joke with the people from other organizations that I work with that I am Director of Cat Herding. I’m good at it. My role is really a system builder, to hold the container for the Resource Conservation Districts (RCDs) to work together.

Lake, Mendocino, Napa and Sonoma Counties. Rebuild, and now After the Fire, is a project manager for the North Bay Forest Improvement Program, in partnership the RCDs and Clear Lake Environmental Research. We work with private landowners to do vegetation management. My job is to untangle the web of obligations and confusing processes, streamline it, and put it back together as a system. Finding the ability to put implementation to the ideas of the organizations we work with is really exciting, and I think I’m good at it.

What local projects have you worked on?

Some work that Rebuild began as a grantor to small entities, community organizations that were born out of the 2017 fires. Resiliency workshops in Lake County. In Sonoma County we have given funds to Los Cien for a program around recovery and resilience moving forward, and to LandPaths for programs that provide wildfire prevention and preparedness.

What training do you have for your job?

Well, I was born at Marin General, but my parents brought me home to Sonoma, and I grew up here. I’m very proud to be an El Verano Mustang.

Was your dad ever your teacher there?

He was still getting his credential when I was at El Verano, but he subbed sometimes for a class I was in.

Are you still a swimmer?

Yes, I swim in the Santa Rosa Masters now. I was a Sea Dragon all four years at Sonoma High. At SF State I swam the IM (individual medley), but at SRJC my coach persuaded me to become a miler. That’s 66 laps.The swimming community is very important to me. Swimming is a necessary mental health outlet.

I’m 21 weeks pregnant, so it holds a baby. I would love to run for public office sometime, maybe a school board or the SRJC board. I worked for Tony Thurmond’s campaign for State Superintendent in 2018, and I’d like to put energy again into educational issues.

3 thoughts on “Under the Sun: Molly Curley O’Brien, after the fire”