A County agency is pro-annexation. What land might the City of Sonoma add? 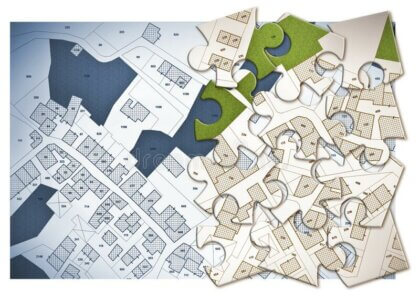 The County of Sonoma’s Local Agency Formation Commission, LAFCO for short, governs the designation of spheres of influence of Sonoma County cities. A sphere of influence determines what land is or is not available to be incorporated into a city, and can be extended municipal services such as water, sewer, and policing.

LAFCO periodically undertakes a comprehensive review of each city’s operations and conditions, and its most recent report is now completed and available (at sonomalafco.org). It includes recommendations to the City of Sonoma regarding the provision of its services, availability of water, sewer, and other essentials, and possible future changes in the city’s sphere of influence.

The report contains one section for each of the following seven elements:

When establishing or reviewing a sphere of influence, the LAFCO Commission considers this criteria:

The City of Sonoma is constrained by the Urban Growth Boundary (UGB). The UGB puts a limit on how far the city can expand, and was created to prevent urban sprawl and encourage sustainable growth.

There are seven areas within the City’s sphere of influence and UGB that have not yet been annexed to the City. These areas are:

The LAFCO report recommends the City take action to facilitate annexations in several of these areas, or consider seeking removal of territory from the City’s sphere of influence.

There is one area north of the city limits and outside the UGB. The land use designation is Resources-Rural. By definition, the area is not intended for urban development. Since that area is not likely to be developed or be part of the City in the near future, it should be dropped from the SOI. The SOI should then be limited to the area between city limits and the UGB.

LAFCO encourages the City to consider actions taken in concert with other local agencies to improve the effectiveness and efficiency of providing municipal services in the Sonoma Valley region. The City should consider the possibility of expanding City boundaries to include areas in the Valley that are largely developed and urbanized.

The City, the report says, should review its position regarding the potential annexation of the two park areas, either seeking annexation or removal of the territory from the sphere of influence. The City should consider directly supporting appropriate annexations in the Denmark Street, Four Corners, and Harrington Road areas. Potential actions could include annexation proposals made directly by the City, preparation of a specific area plan, and subsequent annexation of the Four Corners area.

Also recommended: the City should not hesitate to apply to LAFCO to annex the Train Town unincorporated island. The City could request the annexation under the island annexation provisions now in place, in tandem with the Master Property Tax Exchange Agreement, to cause the annexation absent property owner support.

If the City pursues annexation, the next step would be up to the Sonoma City Council to approve a resolution, followed by public meetings, and a formal application to LAFCO. Once the annexation is approved, the area is no longer an unincorporated area of the County, subject to the board of supervisors, but part of the city, and subject to its rules and decisions of the city council.

The City receives most of its water from Sonoma County Water Agency (SCWA). The City’s wells contribute approximately 9% of the total demand.

Larry Barnett is Vice Chair of the Sonoma Planning Commission.