Our democracy is in danger 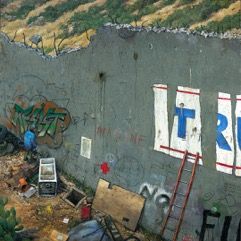 As we celebrate the Fourth of July this year, we do so while legislative hearings in Washington, D.C. about Trump’s attempt to stage a coup and invalidate the presidential election are taking place. It’s a sobering moment, one that shows just how close America came to losing its democracy. The dangers facing democracy are not just happening in our nation’s capital, however.

Right here in California, efforts to subvert democracy are taking place. In areas as diverse as health, public safety, and land-use regulation, forces are working against local democracy and making it harder for communities like ours to chart our own destiny. Amidst fears about Covid, gun violence, and housing affordability, local jurisdiction is being usurped by organizations, corporations, lobbyists, and state politicians often more interested in making money and retaining power than in bolstering democracy.

The recent spate of horrifying gun violence illustrates how a small but powerful gun lobby has made it impossible for the majority in a community to pass sensible regulations and protect itself from assault weapons. Assault weapons are made for killing people as quickly and as effectively as possible, which is why they were developed for use by armies during war. They have no place in civilian hands, yet efforts to prevent their sale and use within communities are blocked by the NRA, gun zealots, the legislative filibuster, and the judgment of a majority on the nine-member Supreme Court.

Even if a majority of the voting citizens in a city or county wish to enact a prohibition on the possession of assault weapons, they can’t.

Anti-maskers put everyone else at risk during the Covid pandemic. Common sense ways to prevent the spread of infectious disease were fought by those few who considered the pandemic a hoax and a fraud. The choice of our community to impose regulations to protect itself was undermined by a few, including the Sonoma County Sheriff, who felt they had the right to ignore health protection measures.

The absence of affordable housing prompted the state legislature to enact a variety of laws regulating land use in California. Pushed by lobbyists of the housing industry, the regulations impose no requirements for affordability, but nonetheless streamline the process of project approvals, giving a green light to developers while undermining the housing goals and policies of local communities. The imposition of state-mandated housing regulations has effectively wrested control from those we’ve democratically elected to chart the future of our community.

When America declared its independence from Britain, it was about freedom from tyranny and the absolute power of monarchy. The liberty we won and the democracy we established is tenuous, always vulnerable to concerted efforts by those elements that seek authoritarian power and control. For a couple of hundred years, our democracy has withstood attempts to undo it, from small scale to large. It is incumbent upon all of us who cherish freedom and democracy to actively resist any efforts to dismantle them.

Being a citizen is not simply about voting, although protecting the vote is imperative. Citizenship is about staying informed, engaged, active, and speaking out when democracy is threatened. Frankly, it’s always under threat, which means we can never afford to ignore what’s happening, either in Washington, D.C. or right here at home. Pay attention, get involved. The democracy we lose could be our own.

2 thoughts on “Our democracy is in danger”