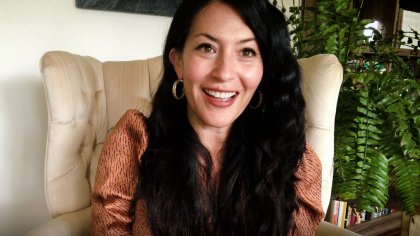 Sonoma native Ada Limón, who worked at Readers’ Books as a teenager, has been named by the Library of Congress as the nation’s 24th poet laureate.

“To me, it felt like ‘how am I even allowed to stand in that lineage,'” she told NPR today. “And so I took a deep breath, and I said ‘yes,’ and we all sort of laughed together. An incredible honor and the shock of a lifetime.”

“We hired her because she knocked on our door, even before we opened for business. We were still unpacking books, still assembling shelves,” Weinberger recalls. “We were so new to the book biz we didn’t own a job application to hand her. In fact, it hadn’t occurred to us that we might soon need employees. That she had taken the initiative and asked, well, that was enough.” 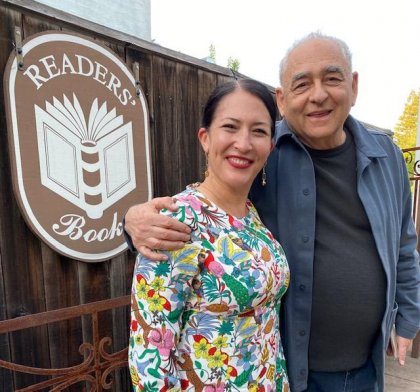 Ada worked at Reader’s through high school. “I like to think that we matured together, that her enthusiasm and humor and charm and love of language provided the perfect mix for our customers to see who we were, who we aspired to be as booksellers.”

“I also knew, even then, that Ada was destined for more. Not to get too metaphorical about it, but everything she touched invariably turned to gold, every time she stepped up to the plate, she hit it out of the park.”

To Weinberger, the heady national honor comes as no surprise. “I knew I was right about her then; she was on a roll, she was bound to be a star. I just didn’t know how soon it would happen.”

Limón reflected on being chosen for the position at this particular time in U.S. history, telling NPR. “I think that it’s really important to remember that even in this particularly hard moment, divided moment, poetry can really help us reclaim our humanity. We need to remember that we possess the full spectrum of human emotions. And I think moving through that grief and trauma, anger, rage — through poetry I think we can actually remember that on the other side of that is also contentment, joy, a little peace now and again, and that those are all a part of the same spectrum.”

Born in March of 1976, she is originally from Sonoma. As a child, she was greatly influenced by the visual arts and artists, including her mother, Stacia Brady. In 2001, Limòn received an MFA from the creative writing program at New York University. 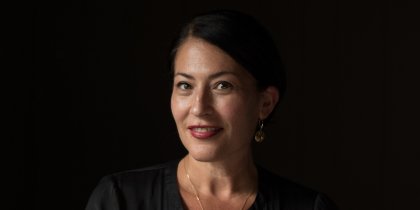 A 2001–2002 fellow at the Provincetown Fine Arts Work Center and a Guggenheim Fellow, Limòn has also received a grant from the New York Foundation for the Arts and won the Chicago Literary Award for Poetry. She splits her time between Lexington, Kentucky and Sonoma.

The Library of Congress has had a poet consultant since 1937. In 1985, an act of Congress officially establish the role that is now known as Poet Laureate Consultant in Poetry. The position is appointed annually.

“Ada Limón is a poet who connects,” remarked Librarian of Congress Carla Hayden. “Her accessible, engaging poems speak of intimate truths, of the beauty and heartbreak that is living, in ways that help us move forward.”