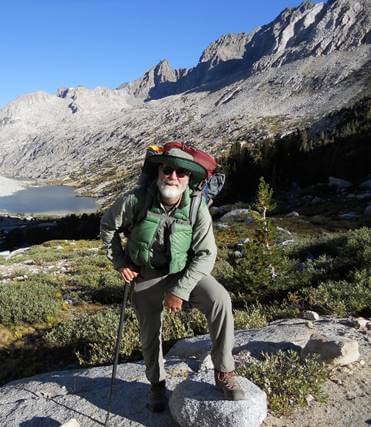 “We could not ask for a more qualified person to join this organization. Dave’s background and experience in parks and outdoor resources are going to be a tremendous asset to Jack London Park Partners,” said Board President Peter Ferris.

A native of southern California, Dave Gould “rangered” throughout California for over 35 years.

“I just love it when community members come together to help promote the mission of California State Parks by protecting our wonderful park natural and cultural resources, by providing quality interpretation for visitors, and by giving all people a chance to get out and recreate,” Gould said. “It all comes together at Jack London State Historic Park and I am delighted to be a part of it.”

A graduate of Cal Poly – San Luis Obispo with a science degree in Natural Resources Management, Gould began his professional career as a wildland fire fighter with the U.S. Forest Service. He worked for two seasons at Sequoia National Park as a ranger/naturalist, wandering the forests of the magnificent giant sequoias before starting his full-time career with California State Parks as a ranger at the beaches in Ventura and Santa Barbara counties.

Moving north, he worked at Mt. Tamalpais State Park in Marin County and then in the redwood parks of Humboldt County for a number of years.  He moved with his family to California’s Central Valley, where he worked as the Chief Ranger of the Four Rivers District based out of San Luis Reservoir SRA.

Gould retired from State service in 2010 but immediately volunteered his time, helping with various park issues.  He is currently on the Board of the Blue Wing Adobe Trust in the town of Sonoma and served on the Board of the California Trails Conference Foundation for four years.  Additionally, he was asked to form the “Parks Alliance for Sonoma County” to help rally the movement to keep open the five State Parks scheduled to close in Sonoma County due to State budget woes.

Gould is an avid hiker and loves nature photography, California poppies, and giant sequoia trees.  His personal interests include gardening (he is a Sonoma County Master Gardener), camping, and family life.  He was ordained a Deacon for the Diocese of Santa Rosa in September of 2016.  Dave and his wife Carlin serve as the co-directors of the Marriage and Family Life Office for the Diocese.

Dave and his wife Carlin have been married for 43 years and they have three “junior rangers” and two “grand junior rangers.”  (His son Galen was named after Galen Clark, the first ever ranger in California, appointed at Yosemite in 1866.)

Jack London State Historic Park is operated and funded by Jack London Park Partners, one of the first nonprofit organizations to be entrusted with management of a state park on behalf of the people of California.