There will be a Cemetery Memorial at SDC – no matter what 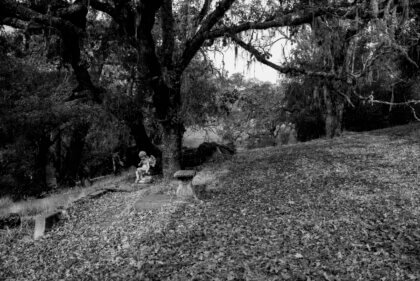 The long-sought memorial wall at the abandoned Sonoma Developmental Center cemetery, where more than 1,400 people are buried in unmarked graves dating back to 1892, is moving forward.

A local Sonoma County contractor has been awarded the $700,000 contract to proceed with plans for a dedicated viewing platform, with parking, listing the names of dead.

“The memorial is about reinforcing dignity and respect for the people who were laid to rest here,” said Sen. Bill Dodd, who announced the news. “We owe it to them and their families to ensure their lives are remembered.

The cemetery where residents with developmentally disabled residents and at least two former employees are buried, is preserved in perpetuity under state law. It will not be affected by any future development of the 935-acre SDC campus.

“I’m so grateful that finally the history of those who lived and died at Sonoma Developmental Center will be honored by a memorial at the cemetery,” said Kathleen Miller, co-president of the Parent Hospital Association. 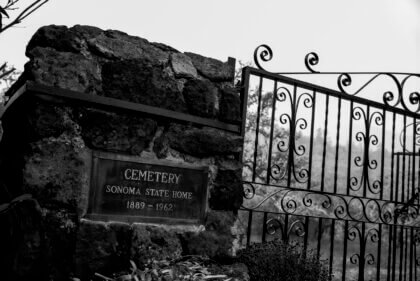 “This is an incredible milestone for the memorial project,” said Christian Pease, a longtime memorial advocate and photographer who has documented the cemetery. (His pictures are featured here). “On behalf of our committee, I want to thank everyone who worked on this for their commitment, diligence, and efficiency moving this effort forward towards its ultimate completion. This is something everyone can agree is a good thing.”

The contract for the memorial project was awarded this month by the Department of General Services to the low-bidder, FRC Inc. of Windsor. Construction is expected to be completed by the fall of 2023. Design work was previously done by Torrance-based JC Chang & Associates Inc. under the auspices of the California Memorial Project, with stakeholder input.

Senators Dodd and McGuire, along with Assemblymember Cecilia Aguiar-Curry, worked with the Department of General Services to secure the latest funding, enabling the approximately $700,000 project to advance to construction. Prior funding was secured in the 2021-22 state budget by Sen. Dodd and initial funding came from the Department of Developmental Services which previously administered the property. 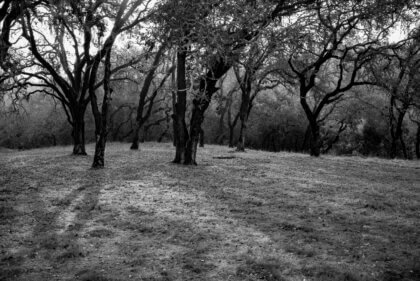 The memorial will include the names of those laid to rest at the cemetery and includes a viewing platform and parking to comply with the Americans with Disabilities Act.

“One of the big reasons this has gone forward is Sen. Dodd,” Miller said. “Without his support I don’t know if this would have happened. We’re also thankful to Sen. McGuire, the Department of Developmental Services and the Department of General Services for helping to move this critical project forward.”

The project will rightfully honor and remember the residents buried in unmarked graves, McGuire said. “This is a long overdue tribute for the residents and their families.”

Tracy Salcedo, the Glen Ellen writer, is another advocate of the memorial. “I’m just so happy we will be able to remember the people buried there by name, and that something good is happening on the site. Something positive from SDC!”