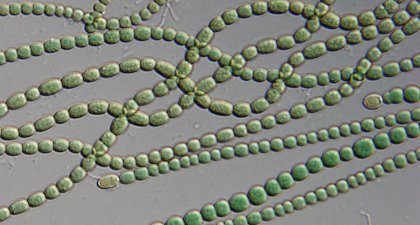 Yes, I know adaptablist is not a real word, that is to say, one you’ll find in the dictionary. However, it is an excellent analogy about the truth of survival; in Darwinian terms, the most adaptable are the fittest. Like the adaptability of language, the adaptability of people has spread us across the entire globe.

Endurance as a measure of success indisputably belongs to the family of blue green algae; cyanobacteria that have inhabited this planet for upwards of 3.5 billion years. A simple organism like bacteria can remain relatively more stable than a complex organism, but whether simple or complex, life is inherently unstable: an energetic stew of constant chemical transformations. Stability comes at the cost of inflexibility and as external conditions change, inflexible organisms do not survive. For living things, stability arrives with death.

A great strength of Homo sapiens as a species is adaptability, but whether we will successfully adapt to the results of our industrializing the planet remains a question. The combination of imagination and physical dexterity have proven to be enough to proclaim Homo sapiens as the planet’s Apex predator. Such predation is not limited to exploiting our planet’s resources, however, but to each other. Thus arise the prerogatives of human power: craving control and enforcing stability.

Efforts to enforce stability may stop short of inflicting death but still involve killing the spirit. So noted Sigmund Freud in Civilization and Its Discontents. Like life itself, the spirit of humanity is naturally unstable and efforts to impose order create a primary struggle between individuals and society. Herein we see the Taoist Yin/Yang dynamic, the constant interplay of domination and resistance, order and disorder.

However, human society fails to successfully mimic the laws of nature, particularly the second law of thermodynamics. This law dictates that the composition of matter always shifts from a higher energy state to a lower energy state, in other words, towards entropic stability. Activity of the unstable human spirit, on the other hand, constantly injects higher energy into the system, producing instability and disorder. As Freud noted, stability comes at the cost of powerful repression.

Like all living systems, human society is a dynamic self-replicating system. While some opportunity exists for advantageous mutations to arise within self-replicating systems; when it comes to the endurance of our species, relying upon that is less effective than the adaptability of human mind. What we contain or imagine in our minds does not get passed biologically to successive generations; our inventions of language, speech, and writing reflect our attempts to pass mind’s information to our successors. It is, however, an inefficient system and is often corrupted and misused at many points along the way by those seeking power.

In this way, adaptability of mind is both a strength and a weakness. Billions of dollars are spent in attempts to influence the thoughts and knowledge of people, sometimes for purely mercenary intent and sometimes as an exercise of raw power.