The persistence of self 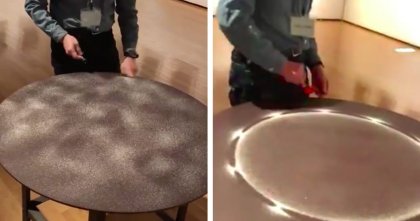 I ran into an old friend at the market the other day, and when I asked him how he’s doing, he replied, “Still an asshole, and you?” We both laughed. We had a nice chat and after he departed I began to think about the mystery of who we are and the persistence of self.

The self-of-the-body and the self-of-the-mind are both one and the same and yet quite different. The link between mind and body is thorough; our sensory apparatus – smell, sound, sight, touch, taste, balance, proprioception, etc – establishes our connection with the reality around us, while in a split second our mind constructs a simulacrum of that reality, what some neuroscientists consider a controlled hallucination, a sort of persistent mental hologram.

To complicate matters, the cells of our bodies today are not the cells of yesterday, or for that matter, the cells of tomorrow. Except for brain neurons and heart muscle, our cells continuously die and are born by the many millions every day, a turnover of living matter guided by forces science still does not fully understand. Magically, in a great hat trick, who we are physically is never the same day-to-day, but who we think we are, an asshole or otherwise, persistently remains. The existence of self-consciousness is yet another unsolved scientific mystery.

Speaking of scientific mysteries, why is there something instead of nothing? Explanations run the gamut from the victory of matter over anti-matter to a hierarchy among quarks. Cosmic inflation theory posits the notion that what we observe as galaxies, nebulae, and other massive structures in space are simply scaled-up versions of infinitesimally small quantum fluctuations that existed at the beginning of time. And then of course, there’s the string theory view, that way down at the bottom, all and everything is simply the vibration of wave-form “strings” and that the reality we perceive is merely the energy of frequency and resonance made manifest. Recursively, like an infinity of worlds stacked on an infinity of tortoises’ backs, it’s wave forms “all the way down.”

When it comes to resonance, there does seem to be something rather special going on. Have you ever seen how fine grains of sand rearrange themselves into varying symmetric patterns of beauty on the surface of a metal table when the edge of that table is gently rubbed with different objects and vibrational resonance is created? Google Chladni Plate (see photo above). Resonance creates order out of chaos, or in the case of sound waves breaking a wine glass, exactly the opposite. Are you catching my vibes?

Science observes the charged relationship between protons and neutrons, and the fundamental forces of attraction and repulsion. Stars begin as dust bunnies, after all, and massive black holes bind galaxies together. No wonder love and hate propel us; attraction and repulsion make the worlds go ‘round. We have no idea how it feels to be a quark, of course, or even if a quark feels anything at all. Maybe they do, maybe they don’t. For that matter, there’s no evidence confirming whether or not electrons are assholes.

And yet, here we are. I’m writing and you’re reading. I think I’m me and you think you’re you. The cells in our bodies are living and dying but we remain the same old selves. How wacky is that?

I could go on forever, but right now I’m wondering, what’s for lunch?