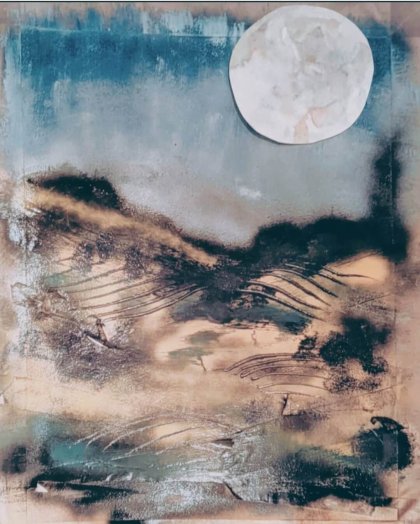 Nature for Sale: The Quest for the Preservation of Sonoma Mountain

We speak of nature as though it were something outside and apart from us. In this false and egocentric perception, we distance and disconnect ourselves from reality. The plain and simple reality of our world is that all reside within nature – animal, plant, and all else, animate and inanimate, existing in the process of time we call evolution. We and all the elements of our world are in and of nature, including that thin band around our planet as seen from space we call our atmosphere.

But we, the humans of the species primate, seem to have forgotten this. We seem to have become so detached from the world around us that is not human, as to perceive nature as a distinct foreign object or place for us to deal with and use solely for our own needs and interests, i.e., to bend it to our need.

Plainly speaking this is somewhat ridiculous, as it blindly denies all evidentiary reality. Nevertheless, that is how the great mass of humans have acted for the latter part of our history as a species. And now, in our lifetime it has become known to humankind that the blindness to our actions, inadvertently or not, has caught up with us.

We, the people of the earth, the product of nature, are now aware that our world’s sustaining environment, our climate and everything in it is radically changing and the ramifications for most of its lifeforms will be profound. This is not speculation or hyperbole, just the raw truth of the matter.

The conundrum before us is, how is it possible to change or reconstruct a world based on economics driven by never-ceasing growth and development? Nation economies are based on the principles of producing goods and providing services for its populace, and the engine that drives this metaphorical train is the economic demand for continual growth and development. Growth translates to more and new consumers of goods and services, and development entails ever more land and water for towns, cities and counties for more people, more housing and commercial businesses, schools, infrastructure, and the myriad other human needs. It’s the creation of an endless and unceasing cycle in a finite world of increasingly shrinking basic resources: land, water, arable soil, and clean air.

Shelter from the storm

Humans do not have to live everywhere on earth, and I don’t think they should. I think there are places where we should not reside, places where only the other animals and the forest untrammeled can exist free of the human mark. Free to live in nature’s chaos and unpredictability and surprise, unplanned and free from human needs and wants. Little by little those places have vanished, and more and more we have put our marks and left our prints on what was once wild and free.

This is not to disparage or deny housing for humans. All animals and lifeforms need some type of shelter and degree of security. I am very skeptical that there is a “housing crisis” in California, but quite certain there is an affordable housing crisis. The way I define affordable is housing for those making $15 to $40 an hour; those netting less than $100,000 a year after taxes. The median home price in Sonoma County is $780,000K. The average rental is $2,664 a month for 1,100 Sq. Ft.

At the extreme cost of housing for those in California in those ranks there is precious little in rental or ownership that is affordable. It is this kind of housing that government should be pursuing for the working sector as characterized by the hourly wage levels previously noted.And, most importantly, this housing should be located where there are the schools, medical services, commercial businesses and services geared to supply the necessary products, goods, and services all people need. In addition, this housing should be in proximity to public transportation, as well as the civic, social, and cultural enterprises important to the welfare of all communities.

Some months ago I wrote about a mythical town called Valleyville that would rise from the figurative ashes of what was once shelter for those society once deemed so mentally and physically damaged they could not sufficiently function on their own. I did not write about this fictional place as a happy prospect. In fact, the birth of Valleyville was viewed by me with some dread and many misgivings. I did not want to see a town spring up in the foothills of Sonoma Mountain with all the trappings a town displays: the 24- hour lights, the noise, the thrum of traffic, and the constant energy of busy-ness that pervades human lives. I saw this vision as the end to what drew me to the Mountain in the first place: one of the last bastions of wildness and wildlife where a person could go in search of nature unspoiled and untamed. A place where one could feel solace and escape from human demands and contrivances. I still feel that way.

However, that unwanted vision or apparition has now decidedly become more of a reality, as does Valleyille, or whatever it will be called, comes to fruition by the state’s and county’s hand. So things go, on the wheel of growth and development we have constructed to answer our perceived needs. This endless machine of production is now baked into our belief of what must be done, constantly, if we are to have what we call a good and happy life. And what that life looks like is paraded before us by all the pictures that have been planted in our brains. And there is really no escape from it until we can sese, by some chance of fate, that it’s a mirage and a false god.

What will happen on Sonoma Mountain and whether there will be a new town built there is unknowable, at least for now. What I do know is that when what was the sustainable ecosystem of wild lands and wildlife meet face to face with human ideals of progress, the former must fall, and the latter will rise in its place.

We can sell nature to the highest bidder as is happening across the globe and ignore the climate breakdown in the process, but once we’ve sacrificed the biodiversity of our forests for a quick buck, the deal is done. These ecosystems were centuries in the making and once they’re gone, they’re solid gone and there’s no turning back. We humans will have successfully destroyed the intricate mechanism for our own sustainability on the altar of mammon, and that is the true price of what we will have sacrificed.

To close, I’m fully aware that most of what I’ve said here is not in accord with the general thinking about these matters or is considered too idealistic and therefore of little use or regard. This is not my concern. I have said what I have said and that is all I can do.