By Steve Brunolli | Sun After Dark

According to some, most of whom are Irish, one can live off nothing but Guinness beer. Supposedly, your average Guinness Draught contains enough protein, iron and calories to sustain you for a considerable period of time, provided you drink enough.

It sounds crazy, I know, but as a journalist (and I use that term very loosely in this instance), this is my kind of research. So I spent a week on this so-called Guinness Diet, keeping a daily journal to document the journey. I’m not entirely sure that I’m happy about having made this decision, but the deed is done. Whatever; I’m feeling hungry. Let’s get drinking! 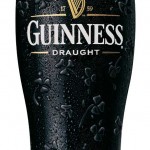 Day 1: It’s Monday. I had my last meal. I chose a philly cheesesteak. In retrospect, I should have ordered bread with more bread and a side of bread. Hold the butter. Clearly, I’m trying to watch my health. Things seem pretty easy, and I’m quite convinced that I can pull this off. Guinness is living up to its moniker as a “meal in a glass.” Every time I feel hungry, I crack open a new Guinness and drown away the hunger pangs. Sleep seems to be approaching at its standard rate; we’ll see what tomorrow brings.

Day 2: Yesterday was easy. I drank probably four or five Guinness beverages throughout the day. No problem. Today was a little different: I drank about 13. I did the math. Each can is about 150 calories. So, I need to drink roughly 15 beers to get the proper calories for my day. One of the pillars of this diet, I was told, is that Guinness has such a low alcohol content that one can drink them like candy without getting drunk. That is not true. Not in the least. I’m drunk—wasted, one might say—and still very hungry. My roommate, who has never cooked a thing in his life, decided to prepare the most succulent smelling dinner tonight. I’m sure he has it out for me. I’m also sure his dinner is going to taste like crap. Paint me bitter. Bitter, drunk and starving. 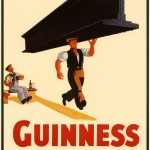 Day 3: At one point today, after enough people told me that I look like I’m dying, it all became clear. I know what hell is: Hell is a giant party where you can drink all the Guinness you want, but only your friends can eat the delicious feast. And they will eat their fill of it. And they will laugh at you and your silly little “meal in a glass.” And they will constantly make comments like “you look like you’re dying” or “you know, you should really eat something.” You’ll tell them you’re fine and open another Guinness and throw on a crooked smile, all the while your thoughts float away to the cheesesteak you ate only days ago. But days are like millennia in hell, and this party never stops.

I’m officially convinced that either I’m doing this thing wrong or this so-called diet is, in fact, impossible to pull off. But I’m already invested, and deadlines come before health. So, I made a slight addition to my diet today. As in, I cheated. I was in line at my local Guinness dispensary, waiting to purchase my lunch, when something caught my eye — the most beautiful, beefiest, jerkiest beef jerky I’ve ever seen. But I couldn’t. There’s cheating on your Guinness, and then there’s having an affair with beef jerky. No. No, I wouldn’t dare. 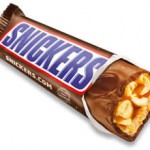 Yet I was still hungry. And I couldn’t wait. So I bought a Snickers. And my world changed. Two hundred fifty calories of chocolaty, nutty goodness coursed its way through my veins and brought with it a calm I haven’t experienced in days. So I bought five more. From that moment on, the Guinness Diet became the Guinness-Snickers Diet.

Day 4: This is so stupid. This is, by far, the stupidest thing I’ve ever done. I blame the Irish. Or my parents. Or video games. I don’t know. Anything. Anyone. The Snickers seem to be helping ever so slightly. I was less weak and wacky today than in previous days, but my mental health has taken a nosedive. I’m thoroughly convinced that all my friends—if I ever had any to begin with—have all turned on me. I’m sure they’re out there now, having a laugh at my expense. Fools. I’ll show them. Paranoid? Who me? Must be all that foam.

Day 5: Days six and seven know where to go and where to shove it. I’m done with this. I decided earlier today—when I unexpectedly had to work—that it had to end. A kind, beautiful angel made me some soup, to ease me back into the world of real food. The soup came right back out the way it went in. And it still is. In fact, I’m fairly certain that I’ve thrown up much more than the few spoonfuls of soup I initially ate. I feel terrible. This Guinness-Snickers Diet is totally, completely not doable. Not even the members of Motley Crue could pull this off. Stupid. Stupid.

I spent the rest of the weekend eating as much deep-dish pizza as I could get my hands on. Several days on, I am still feeling the ill effects of this diet. Is it a good idea? Unequivocally, no. Is the Guinness Diet possible? Only if you have a death wish. So, more pizza please — but hold the beer.