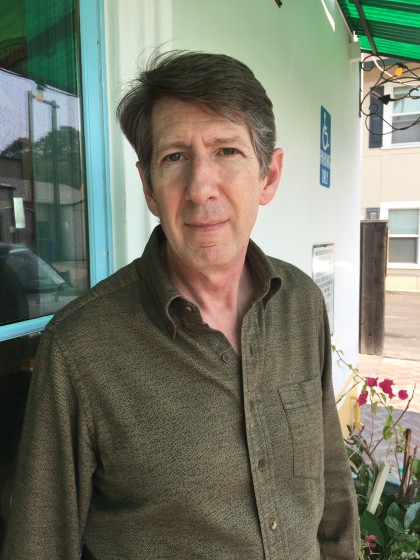 Sonoma Planning Director David Goodison remembers well his first day of work for the city, back in 1984. He received a warm welcome from then-City Clerk Eleanor Berto, who told him she was “so happy he had arrived.” As David tells it, she then took him over to the copier machine and proceeded to explain to him what kind of problems she had with it. Eleanor, it turns out, had mistaken David for the copy machine repairman.

That was 34 years ago, and he never left.

Over the course of his career, which ended by design this week, David worked for over seven interim and permanent City Managers: Brock Arner, Michael Moore (interim), Pamela Gibson, Michael Fuson, Linda Kelly, Mary Neilan (interim) and Cathy Capriola. He says he has enjoyed working for and with all of them, though he conceded being nervous as each successive manager took the helm at City Hall. He adds that he’s learned something valuable from each of them.

David has also watched a large group of City Council members come and go. When asked how many, he says he’s lost count, but a rough approximation would be somewhere around twenty-five. He respects their efforts and intentions, and appreciates the diversity of their styles and personalities.

Speaking of City Hall, and changes over time, he notes that since the beginning of his time working for the city the configuration of City Hall has been altered. The upper floor is where he had his office, but most of that floor was configured as a Courtroom/Council Chamber meeting room. Yet David feels that Sonoma Plaza still retains its essential character, and he is obviously very pleased about that.

It’s not an overstatement to say that David’s had a hand in keeping the plaza, “The Plaza”.

A question about the city’s loss of his institutional memory prompts an unexpected response: “maybe the value of institutional memory is overstated,” he said. He’s been working with the recently hired interim Planning Director, their period of employment intentionally overlapping by design. When noted that he began working for a Planning Director with the last name Moore early-on and that his interim replacement’s last name is Moore, David grinned, nodded and agrees, “Yes, that’s kind of strange”.

His first assignment for the city was to write a portion of the city’s 1985 General Plan. He laughingly added that having an intern write part of a General Plan would never be acceptable today, and it’s an indication of the ways in which planning in the City of Sonoma has changed. “Things have become far more specialized and time-consuming,” he says, and that the entire application and planning process moves much slowly today than when he was at the beginning of his career.

That career appears to have suited David well, but he readily admits it’s been a job requiring considerable work after hours and on weekends. Recently married to a woman he first met while attending middle school in Grass Valley where he grew up, he’s unwilling to put in that kind of time and looks forward to spending time with his wife.

3 thoughts on “After 34 years, David Goodison plans a new life”