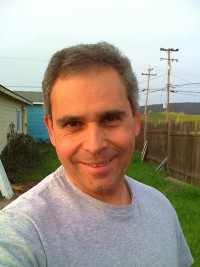 As a Northern California native,  I remember even at an early age the variety of changes throughout the year. The seasonal changes of spring, summer, winter and fall, Christmas season, rainy season and my all time favorite, baseball season. However I do not remember there ever being something called “fire season”. The reason why is simple, because there was no such thing. This new “season” is a phenomenon that seems to be growing and getting worse every year, much like a disease that is ignored and allowed to spread.

Last year we all remember the fires here in Sonoma and Napa counties and then a few months later, the even larger fires in Southern California. This year’s fires struck with a vengeance here in California and even expanded to most of the western states, but the fire that has hit home with many of us was the devastating Camp Fire that destroyed most of the city of Paradise.

Many of us here in Sonoma County know what those people went through, having to leave in a moment’s notice when confronted by walls of flame. Because they all left at once, residents became stuck in heavy traffic due to Paradise having only a few roads in and out of that city. It appears that many of the residents abandoned their vehicles and had to literally run for their lives. Currently the death toll is over 85 with hundreds still missing. In the aftermath the question remains. How did this happen?

What surprises me is the almost complete lack of public outcry. Is there public outrage and if so, where is it? The media at large isn’t helping because they are focusing primarily on the destruction and the human tragedy, but not the cause. KPIX was the only news station to send a reporter to attempt to identify the source of that fire but was blocked by authorities. Once again the knee-jerk reaction collectively from the media was to blame PG&E. If PG&E is solely to blame then the state’s Public Utility Commission needs to be looked into, as it heavily regulates virtually everything PG&E does.

This explains how the fires spread so quickly but it doesn’t explain what caused most of  them. CAL FIRE was quick to discover the cause of some fires like the one in Yolo County which was started by a rancher who didn’t install an electric fence properly. That fire burned over 100,000 acres but it’s origin was identified within days. It’s been over a year since our own Tubbs fire and we’re still waiting on CAL FIRE’s report.

Why is this taking so long? The reports that they have issued so far are generalized and only state that “equipment failure” by PG&E is the cause of certain fires. I asked them during a series of interviews if they could be more specific, but they declined to answer. In my continuing investigation over the past year I’ve questioned dozens of people including a local veteran police officer who didn’t wish to be identified. This officer said that they had seen things just after the fire last year that “didn’t make any sense and don’t add up”.  I’ve spoken to people who believe these fires are the result of arson. Now before you say, “great, conspiracy theories,” keep in mind that the media and politicians have been extremely vague on any details, so what is the public to think?

It’s safe to say that we will have to face this again next year. Will our newly elected governor, Gavin Newsom, get a handle on this? Doubtful. Remember he was our virtually invisible Lt. Governor who presided next to the aforementioned Jerry Brown. So what will it take for someone to take serious action and when will the public at large demand such action? Will it take a major city to burn down? Energy and insurance costs to skyrocket? And which community is next? It should be unanimous that this new “season” should come to an end, and come to an end quickly.