The instrumentality of machine intelligence 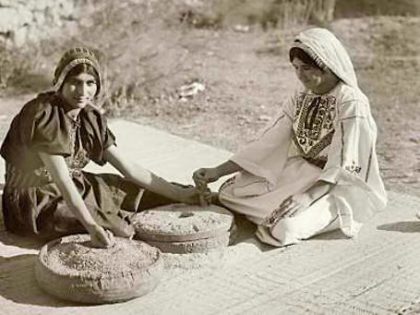 Generally, we divide the history of human culture between the Paleolithic and Neolithic, “Paleolithic” meaning “Old Stone Age” and “Neolithic” meaning “New Stone Age.” The Old Stone Age included the use of tools, particularly wood, stone, flint and obsidian to fashion tools and weapons using techniques of stone flaking to produce sharp edges for cutting and points for piercing. Evidence of such Paleolithic industry is widespread, and indications are that Old Stone Age cultures survived for tens or hundreds of thousands of years utilizing such technology.

The nature of pre-paleolithic human culture is unknown; all that remains are teeth and bones. Fire — observing, creating, and sustaining it — was presumably the primary technology used.

The Neolithic, the New Stone Age, introduced grinding stone technology; with the domestication of grain came the development of fixed agriculture and cities, which promoted the need for large scale production methods and the beginnings of the use of machines. Those first machines, moving devices with energy supplied by animals or people, set the stage for all that followed. From moving wheels with water, steam, coal and oil to today’s solid state digital computers, all have their roots in the Neolithic. The grinding wheel represents an early form of the instrumentality of machine intelligence and its imperatives.

Each new technology not only renders earlier technologies obsolete, but also transforms and replaces cultures dependent upon those earlier technologies. In this way, the evolution of machine intelligence profoundly influences the evolution of human culture; the instrumentality of machines and their imperatives molds the psychology of people. The most obvious example of this is the clock, instrumentality originally used to facilitate tracking hours of prayer that now dominates all aspects of modern human life and effectively transforms human beings into machine-like, virtual slaves to technology.

With digital technology, machine intelligence engendered cyber-self identity. People have always maintained multiple identities, simultaneously individuals, members of families, groups, tribes, religions and nations. To this set of multiple identities, we can now include cyber-selves, digital, immaterial representations of each person existing in tandem with actual physical selves. As we act and function as physical beings, so too our cyber-selves act out their identities. In this sense, our cyber-selves propagate cyber-lives, existing within cyber-space where as information they travel, change form, are queried and categorized, especially when it comes to financial matters. Each time our material selves choose to purchase something using a credit card, our cyber-selves are altered.

The ancient Greeks used the word “techne” to describe methodology, a term that’s at the root of our words “technique” and “technology.” Those with “techne” skills were able to invent strategies and methods to overcome others and even challenge the Olympian gods. The “techne” of machine intelligence is doing just that, remolding humanity into its own image and moving towards the god-like design of life itself.