Hard cheese; or, the continuing saga of the Sonoma Cheese Factory. The building, a Plaza anchor business for years (though not an actual cheese factory in decades), is now empty. The Viviani Family Trust owns it, and wants to partner with the developer of Napa’s Oxbow Market to create a similar multi-vendor market hall. A version of that plan was approved by the City, but appealed by opponents demanding more strict environmental and traffic review. Meanwhile the owners tried another approach, arguing that a Planning Commission decision way back in 2004 set a friendly precedent for their plans. The current commission rejected that argument. So, the owners appealed. To recap: there are two formal appeals to the City Council about the same project – one by the opponents and one by the owners. Subsequently, a battle between all parties, including the city, over which appeal to hear first. And, like one more layer of ricotta in the lasagna, a fight within the Viviani family. Son David, who was not made a trustee of the trust upon his father’s death, wants a voice in the process. Whew. It’s enough to swear off dairy altogether.

The Sonoma Valley Hospital heads into its July fiscal year essentially breaking even, reports CEO Kelly Mather. And this after a net loss of $3.3 million for FY2018. The positive movement, including a projected profit of $450k in FY 2020, is “a result of re-inventing the hospital by finding innovative ways to still offer Home Health Care and Skilled Nursing Facilities in the community and the closure of OB.” Combined, those departments resulted in losses of over $2 million a year… Among the cost-cutting: eight full time workers laid off, and several dozen more coming off the books when they’re moved over to the “post acute” facility the Hospital has leased out, to be operated by the Ensign group. “The operating margin was reduced by $3,169,997 in just one year due to the efforts of the entire SVH team while still maintaining excellent quality and services.” 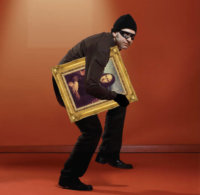 The Terra Firma Gallery on Sonoma Plaza is gone, suddenly vacated one night by owner and alleged grifter Didier Jacquet, accused by several artists of absconding with money owed to them. At least four artists say their works were sold in the gallery on a consignment arrangement, but Jacquet never paid them, even up to a year after collecting the cash. Sums range up to $15,000. “The man is crazy and a crook” one scammed artist confides. After selling them, “he denied having our pieces, screamed at us to leave his store.” The intimidation ploy worked; other victims of the con were afraid to go public. Recourse is unlikely. The artist actually won a judgement against Jacquet, but such a civil court ruling is hard to enforce. 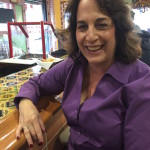 Gina Cuclis, Sonoma Valley’s trustee on the Sonoma County Board of Education, has been elected to the California School Boards Association (CSBA) Delegate Assembly and to the Board of Directors of the California County Boards of Education (CCBE). That’s a lot of letters. What does it mean? Cuclis represents the four-county region of Sonoma, Marin, Napa, and Solano counties for a two-year term. The assembly provides policy direction for CSBA, elects officers and directors, and supports the interests of school districts and county offices of education. As the Area One Trustee on the five-member SCBE, first elected in 2012, she represents Oakmont, Bennett Valley, and Rincon Valley. The agency oversees the County’s court and community schools and works with the superintendent to oversee county education initiatives. Cuclis says she has developed a particular interest in legislative advocacy, having traveled several times to Sacramento and Washington, DC during her terms to advocate for more funding for public education.