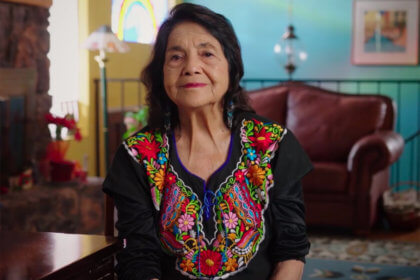 Tirelessly leading the fight for racial and labor justice, Dolores Huerta evolved into one of the most defiant feminists of the 20th century. A partner with César Chávez in founding the first farm workers union, she continues the fight to this day, in her late 80s.

Her story is documented in the film Dolores, screening Thursday, August 8 at Hanna Boys Center. The 6 p.m. showing is free.

The film includes historic film footage from the farmworker strikes and marches that spread from the San Juaqin Valley to New York City, Sen. Robert Kennedy’s meetings with the organizers during his Presidential campaign, as well as interviews with UFW co-founder Cesar Chavez, Gloria Steinem, Hillary Clinton, and Barack Obama. 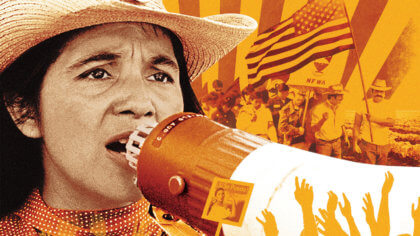 It provides a rare glimpse of her private life, as the mother of 11, and the personal sacrifices involved in committing one’s life to social change.

On September 12, Hanna welcomes the activist to Sonoma with a Day With Dolores Huerta.