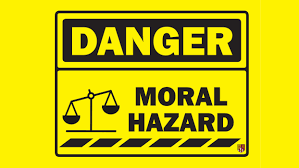 There is a movement across the country asking government agencies to adopt policies that divest public funds (our tax dollars) from financial services companies that engage in predatory lending practices. These practices include wage theft, profit from private detention centers and prison, the petrochemical industry, exploitation of third-world countries, and disempowering indigenous peoples around the world. It’s a long list.

These actions, as well as many other immoral behaviors, have turned banking and finance into a tool of resource extraction, exploitation, and oppression. California’s municipalities alone – our public money raised by taxes, tolls, fines, public utility payments, and bond proceeds – contribute a trillion dollars a year to banks.

Generally, the needs of many government agencies can only be met by large Wall Street banks. These huge private banks then take that churn of cash and invest it worldwide in the most profitable ways possible for the benefit of their shareholders, from loans and fracking to military hardware.

In 2018, I attended a seminar on public banking hosted by the Praxis Peace Institute. Being a Public Finance Officer and interested in all things public finance, I leaned in closer and to this interesting idea. Soon afterwards, I was in the state capitol giving expert testimony before the State Assembly and Senate, helping craft amendments to public banking legislation and lobbying, and giving talks to educate and build support at colleges and municipalities. After six long months, AB857 was passed – a law that enables Public Banking in California.

Public Banks are very much like other banks, except they are owned by the public through our government agencies; they have a very similar ownership structure to a credit union, which is owned by its members or depositors in the community it serves, rather than stockholders from Wall Street. And similar to credit unions, Public Banks operate for the benefit of their depositors, only lending funds to the communities they serve, making loans to members to benefit their communities.

Instead of auto loans and mortgages, public banks will, among many possibilities, make infrastructure loans or participation loans in partnership with local banks into the communities, based upon the organizing charters of the banks. Then, instead of the interest and fees from these loans being siphoned out of our communities and sent off to Wall Street, these profits will be distributed back to the owning municipalities or used to grow the Banks to better serve their member communities.

Statewide, a few of us continue working with the Department of Business Oversight and FDIC on regulations for these new banks. Concurrently, we also have to amend the Investment Policies of municipalities across the state to enable us to deposit our public funds, our tax dollars, into our new Public Banks. When speaking about all the steps needed to launch one, I’ll start at home in Sonoma.

I emailed the City of Sonoma Finance Director asking to be directed to the current investment policy. I wanted to learn into which institutions City funds are invested, and the account balances of those investments as per the most recent figures. But I could not find the policy in any posted budgets, financial documents, or minutes. This despite a state law requiring Municipal Investment Policies to be reviewed and adopted each year by their Governing Board or City Council.

Three weeks later I received an email letting me know how timely my request was, and that the policy would be on the City Council Agenda the following Monday; great, I thought, here we go. Instead, the investment policy sent to me was last adopted and reviewed 16 years ago, in 2003.

I was also told the City had all of its funds in local community banks and LAIF, the Local Agency Investment Fund, which pools funds from numerous city governments. I confirmed with the Finance Director the provided document reflected current policy, despite the 2003 date.

According to that Treasurer’s Report, $7.7 million, or 43% of the City’s funds, are deposited with Bank of New York Mellon.

Bank of New York Mellon is among the largest remaining institutional investors in CoreCivic, CCA, and Geo Group, operators of private prisons and detention centers. The $7.7 million represents the city. Using your tax dollars, to support the private detention industry, profiting on the practices at our border as well as the detention of many of our own citizens.

To be fair I do not believe anyone is doing this because they are evil, but because it is profitable, and some argue they are required to seek the most profitable returns regardless of optics, ethics, environmental impacts, or moral hazard. As I advised the council about the nature of these investments, there were audible gasps and some quick scrambling; these facts are not easy things to accept. The City Council quickly directed staff that they would like the city’s Investment Policy to forbid these types of investments in the future and voted 4-0 to bring back an updated policy.

Across the country local governments are passing similar resolutions and committing that our tax dollars not be used to promote immoral industries that work against society. Recently these companies have taken notice, and many are advising shareholders that the divestment movement is a material threat to their business. Many of us are implementing a vision where banking and finance are tools of public good: creating public wealth, empowerment, and sustainability.

Chris Petlock is a Sonoma resident, Board Member of the California Public Bank Alliance, and Finance Director of the Valley of the Moon Water District