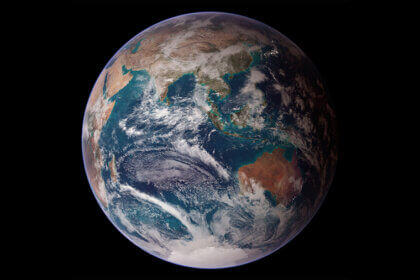 We’ve recently celebrated another July 4th, America’s independence from Great Britain. To be honest, I’ve never been much of a fan of nationalism. It’s not that I don’t appreciate the various freedoms and opportunity that living here provides; I’m well aware that life in many other countries of the world is far less comfortable and free.

Craving a sense of identity and belonging appears inherent to humanity; in this, we share a need for socialization with most other primates and many members of the animal kingdom. Seeking the company of others of our kind is related to survival; be it family, friends or community, we gather strength and resilience through groups, but this same inclination breeds suspicion of others not of our group, and that suspicion leads to violence. Getting along with those in our own group is challenging; getting along with outsiders requires exceptional skills.

The habits of small groups of people do not work as well when the number of people in any group increases. This is due partly to variation in temperament and inclination that arises within individuals, the nature of taboo and its transgression, sexually-driven conflict, and the evolution of culture over time. An attempt to impose strictures that are easily enforced within small groups necessarily becomes heavy-handed when applied to large groups; as numbers increase into the millions, getting along – what we call law and order – requires increasingly authoritarian measures. The variation we see in efforts to maintain order reflects the complexity of human behavior; with a billion and one-half people, maintaining order is China’s highest priority, for example.

The heavy hand of nationalism and its efforts to impose uniform order, led to military adventure, colonialism, slavery, and the violent death of millions of people, all under the banner of national flags. As horrific as this has been, before the advent of industrialization and technological advance, nationalistic behavior was mostly a local border phenomenon. Today, nationalism is an anachronism, a primitive relic of human history that has outlived whatever value it offered.

For better or worse, we are now a globalized human culture. Although our world still reflects cultural diversity, matters of climate, health, population growth and interdependent economies require a new paradigm of governance that dispenses with the fetters of nationalism.  This does not require the elimination of diversity; to the contrary, only by welcoming and appreciating diversity can we find the unity we need as a species to survive.

The current pandemic provides an example of the opportunities of globalism and the risks of continuing nationalism. The coronavirus does not respect national borders, and in an era of globalized travel and trade, worldwide collaboration and cooperation are the only ways to prevent the death of millions of people. Had countries of the world set aside nationalistic imperatives and acted as one family, dealing with this pandemic would be far less problematic. As it is, nationalism is returning us to outworn habits of blame and retaliation.

America is not the greatest country in the world. There is no greatest country. We are all citizens of the world, what futurist Buckminster Fuller called the crew of “Spaceship Earth,” the tiny blue planet upon which human life depends. We need to collectively worry about earth’s life support system and not be distracted by the differences between us. Those differences are our strength, not our weakness, unless we are too foolishly nationalistic to see it.

One thought on “On Globalism”