From Schocken Hill to the Streets of San Francisco 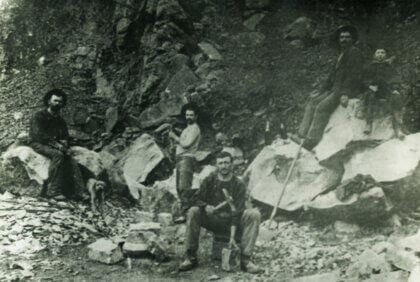 The story of Sonoma’s cobblestone quarry, by Larry Barnett

Looking up at the oak and manzanita studded hillside of Schocken Hill, it’s hard to imagine it sparsely covered with trees and as the location of an active quarry that supplied San Francisco and other Bay Area cities with millions of basalt cobblestones. Yet, beginning in the 1880s, that’s exactly how it looked and what happened.

Local historian Peter Meyerhof has carefully researched and documented the life of Solomon Schocken, a Jewish immigrant born in Germany in 1842 who moved to Sonoma and became one of its most prominent businessmen and leaders. Among his many entrepreneurial activities, Schocken developed a booming basalt block quarry business that at its peak employed over one hundred workers and enabled San Francisco to securely expand its cable car system. As Meyerhof explains, “Paving the streets became essential as soon as cable cars first appeared in San Francisco. Variably-sized cobblestones were no longer adequate. They had always been hard on horses because of their rounded surface. But more importantly for the cable cars, uniformly sized basalt blocks would stabilize the central slot for the cable, the rails, and the remainder of the street surface.” 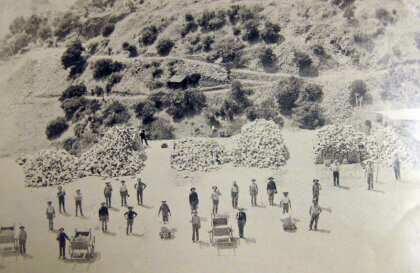 Basalt is a fine-grained rock formed by quickly cooled volcanic lava, and is the most common form of volcanic rock. The basalt on Schocken Hill is of the columnar type, perfectly suited for crafting blocks.

A walk on today’s hillsides reveals the extent of Schocken’s quarrying: enormous piles of talus, the discarded rock tailings produced by his workers and craftsmen. In some places, these huge piles have been covered by decades of accumulated soil, moss, shrubs and trees, but in others they look precisely as they did in 1890, stretching up and down the hillside like rivers of rock. “The west and south slopes of the Mayacamas Mountains north of Sonoma were considered one of the best areas of quality basalt deposits and small quarries began in 1882,” according to Meyerhof. By 1884 basalt stone from Sonoma County was beginning to be used extensively for paving the streets of San Francisco. This required men to remove over-burden, block makers, stone cutters, masons, loaders, haulers, teamsters, as well as boarding houses, mercantile stores, and saloon keepers. Schocken entered into all phases of this business in the early 1880s. He leased a 62-acre parcel simply known as the Rock Quarry on Battery Hill for three years. His enterprise would continue to grow and come to dominate the basalt extraction industry in Sonoma, while providing him with considerable wealth.

In 1886 Schocken’s quarries produced 350,000 blocks, and stimulated a boom in the economy of Sonoma which regained a prosperous appearance. In 1888 Schocken purchased the quarry property for $2,250. Battery Hill was soon referred to as Schocken Hill, which is the name we know it by today. 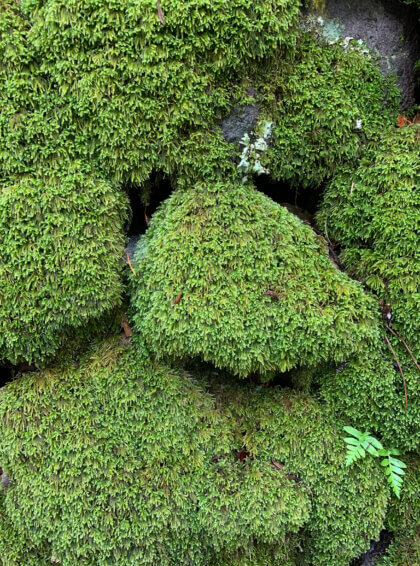 Solomon Schocken’s goal was not only to get rich; he considered it his civic duty to provide the community with the jobs and goods it needed. His retail store operation was among the most successful in town, and he acquired substantial real estate, including what we today know as the Sonoma Barracks, which he converted into his family home. Among his quarry employees were notables whose family names fill Sonoma history, and who owe their start to Schocken: the Viviani brothers, the Pinellis, and Sebastianis.

Meyerhof gathered details of the quarrying operation. Basalt boulders and ledges were detached with dynamite and crowbars. The stone was cut to size with chisels and hammers to a specified size. The remaining chips from stone cutting were placed in handcars and dumped into gullies where they remain to this day, as do the overgrown access paths. The blocks were loaded into heavy wagons and hauled by four-horse teams into town. From there the blocks were transported via rail cars and boats to their destinations. 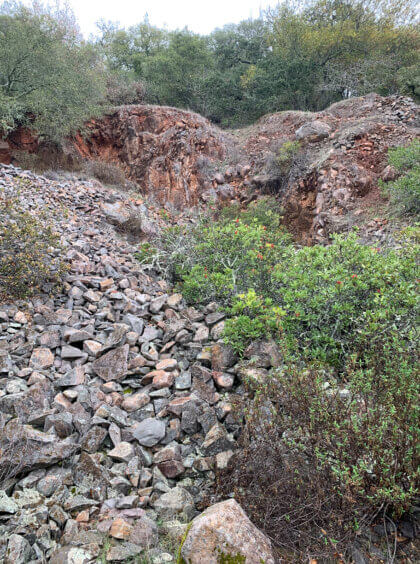 “Schocken soon became the only contractor for all basalt blocks conveyed to San Francisco, with contracts for one million blocks in 1893 and again in 1894. Business boomed in Sonoma. Schocken could now give employment to all who applied for work at $3 to $5 per day in the quarries,” notes Meyerhof.

By the mid-1890s, Schocken was looking at new opportunities, “Schocken planned to supplement his basalt block production with aggregate produced with a rock crusher he would use on the tailings from almost 20 continuous years of quarrying.  But he also still wanted to build a summer resort and now he chose the hill near a spring. He would build an electric railway from the resort and quarry to the mouth of the Sonoma Creek.” His grand plans for crushing rocks and creating a resort never materialized, but he remained an important central figure in the Sonoma community until his death at his San Francisco home in 1931, at age 89.

A video about the life of Solomon Schocken has been created by Meyerhof in cooperation with the Sonoma Valley Historical Society, and can be viewed online at https://vimeo.com/497740370 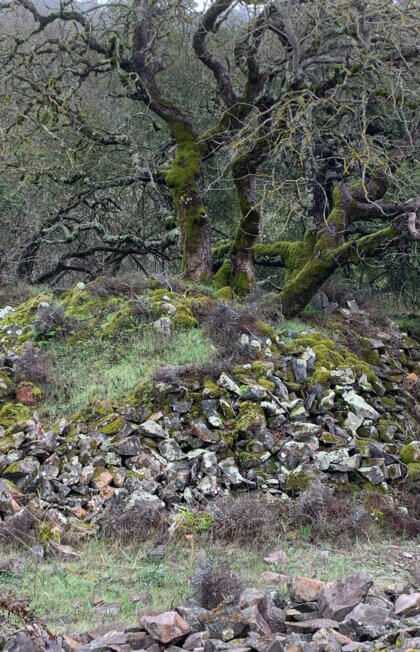