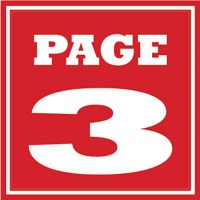 KS Mattson Properties, best known for buying and then ignoring pieces of Sonoma Valley real estate, has dusted off plans for projects in the Springs. The update was presented to the Springs Municipal Advisory Group and other than a new spokesperson not much has changed. Building a ‘container village’ at 18010 Sonoma Highway has been on the boards for nearly six years. It was pitched then as small residential units and shops in modified shipping containers. Excitement was high; star-power chef Sondra Bernstein (who has since bowed out) talked about opening a noodle shop there. 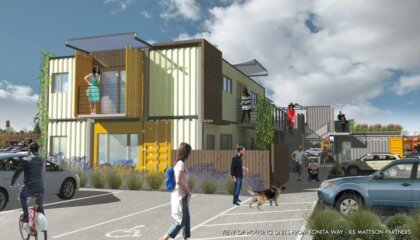 But nothing has been done other than tearing down the old Lanning building, digging some holes, letting the grass grow, and not getting a building permit. Despite the re-packaged optimism of the Mattson camp, who want to deliver containers there within months, the county says the firm can’t build there until it resolves issues over fire safety and entry/exit… Similarly, the long-promised Mattson rehab of the Boyes Food Center into a mixed-use project has no building permit yet. It must clear the county’s Design Review process before it can even apply. The most recent Mattson acquisition is the semi-circular Boyes post office building. Says Springs John, “I can’t wait to see what they don’t do with it.”

Meanwhile, Mattson’s personal estates, also years in the making, continue to take shape on Highway 12 at Moon Mountain Road. The huge structures look like something Sarah Winchester might have envisioned as a second home. As for that ‘granny unit’ so humbly proposed all those years ago, it is indeed perfect — if your mom is Jackie Onassis.

An element of the debate over ‘fractional home ownership’ — in a word, Pacaso — is the involvement of a real estate agent. The industry is based on relationships and referrals. But that listing — is it worth the grief? The negative press and social media, the protests? At least one agent saw trouble coming over the Old WInery Court home sale, and declined the listing. Pacaso is paying 2.5 percent on the sale on each one-eighth share, not a huge payout. But, says one Realtor, “Chances are they will be out of area agents selling them and they certainly don’t care.Still a nice commission, but not like you could retire on it.”… There was some initial question among agents and Realtors on the legality of selling to an LLC, which is how Pacaso packages the ‘fractions’ of homes. “But they have deep pockets and good lawyers.”… I had fractional ownership the other night, of a pizza. Of the eight-piece pie, I only got one piece.

The past year for the Sonoma City Council has unfolded like a Netflix series. Infighting. Pandemic. Friction. One member arrested, jailed and replaced, another suddenly resigns. Then, the popular young mayor also steps down and moves away. Dare we ask, what’s next? The next installment comes June 21 when the council goes back before a live audience. Perhaps they’ll ad-lib ideas about how to fill the chair — by special election or appointment  — vacated by Logan Harvey, who will now be recalled only in flashbacks… Word is, John Kelly, chair of the Sonoma Valley School District board, wants the gig.

Comments on the social media site Nextdoor can quickly devolve into toxicity, but it does have its moments of simple charm. Recently, Sherill thanked whoever it was that returned her garden frog, a creature of “no value but sentimental.” 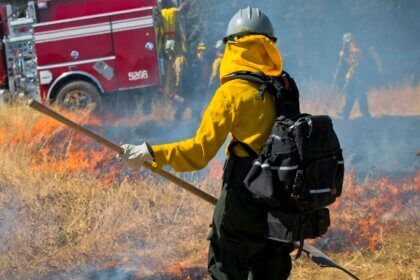 Fire season is off to a weird start: the first two were planned. June 4, a planned, prescribed burn at the Van Hoosear Wildfire Preserve (photo).. June 10, a managed (if under publicized) fire in the upper Grove Street neighborhood east of Sonoma. But that June 11 blaze at the end of Barcelona Drive was the real thing — a half-acre grass fire, origin unknown. Eight fire engines responded and the blaze was quickly doused. No damage, no injuries.

June is Pride Month, and as you might expect, Gary Saperstein, owner of the Out in The Vineyard tour company and tireless advocate for the LGBTQI community, has a few things on his mind. He’ll share his experiences and observations in a June 28 zoom hosted at 6:30 p.m. by the Sonoma Valley Democrats. Get the link at [email protected]. Pride, remember, is non partisan.