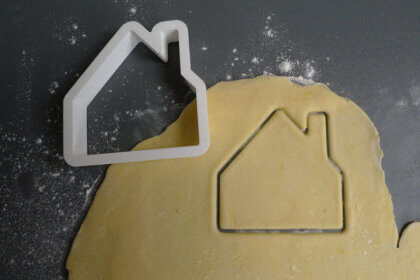 In its rush to solve a so-called housing crisis, actually a housing affordability crisis, California has disenfranchised the power of local government to determine what’s best for the community it serves. New state land-use and housing laws effectively eliminate many of the choices, options, and outcomes available to local governing bodies like the Planning Commission and City Council.

The state now mandates that development applications be approved or denied based on objective standards only, meaning quantifiable regulations. Words like “intended, should and compatible” are no longer legitimate criteria. Nuanced, subjective decision-making is no longer legally acceptable. Creativity and innovation in design is stifled and replaced with rigid, by-the-numbers-only, cookie-cutter regulations. We teach small children about the round peg being ‘intended’ to go into the round hole; that’s objective enough. When it comes to land-use planning, the state says ‘intended’ doesn’t cut it; but it gets worse.

SB330 requires that when a development application submitted to the city planning department is deemed complete and in compliance with land-use regulations, objections or challenges to its compliance must be made within 30 days. If no challenge is made, neither the Planning Commission nor the City Council can alter that determination. This removes the participation of elected representatives and their appointees from influencing the outcome of development applications; that’s anti-democratic.

Land-use in California has always been a game, but the game is now much more intense; developer’s lawyers and consultants pour over regulations looking for opportunities, loopholes, ambiguities, and internally inconsistent language to exploit, knowing that the timeclock is running. Laws like SB330 give planning departments too little time to perform the due diligence required to fully evaluate an application, an evaluation that comes to the public’s attention after its too late. It doesn’t get more anti-democratic than that.

As Sonoma’s Planning Commission attempts to implement the goals of the City’s Housing Element to create smaller, lower cost housing, it finds itself up against housing developers who want to create larger, higher-priced single-family housing and who use the state’s housing laws to do it. Rules created by the state to streamline the creation of low-income housing instead get used to streamline market rate housing, and the Planning Commission and city, handcuffed by state regulations, are unable to deny such applications.

In these ways, housing becomes more unaffordable. Parcels designated for lower-cost, multi-family housing end up developed with big, single-family homes selling for a million dollars plus.

There are communities resistant to creating lower-cost housing, but Sonoma is not one of them. Our General Plan and Housing Element are unambiguous in supporting lower cost housing but are being undercut by misused state legislation. By invoking terms like equity and affordability, the housing industry has engaged in a bait and switch routine; combined with hefty campaign support for state legislators, such sloganeering has resulted in poor housing legislation that in the case of Sonoma has reduced the opportunities for equity and opportunity instead of increasing them.

The only option left for the City of Sonoma is to tighten up its game, using quantifiable standards and language to dictate precisely how parcels may and may not be developed and insist that applications reflect those cookie-cutter dictates. It’s a lousy way to plan, but it’s either that or get played.