Under the Sun: Roger Rhoten, impresario 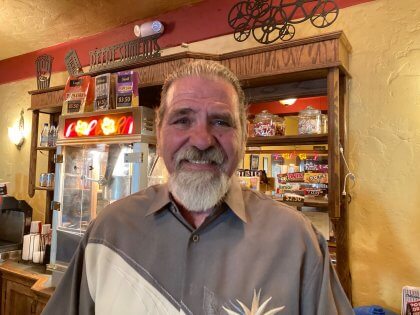 The Sun’s Anna Pier sat down with the Sebastiani Theatre’s Roger Rhoten to learn the story behind the icon of Sonoma entertainment. Roger will be celebrated with a 30th anniversary roast and concert on Saturday, September 17.

As a young man did you ever think of running a theater?

It was not anywhere in my life plan. No one dreams of that.

So how did it all begin?

I was raised in Coffeeville, Kansas. That’s near the border, and why I have an Okie accent. Went to Wichita State where I studied psychology. Didn’t finish, instead came out to California in ’70 with a friend. I had worked training horses in Kansas. I read up to learn how to do it. It turned out I was good at it, and I enjoyed it, so I went to ferrier school – horseshoeing – in Calabazas. We were in southern California until ’72, when I went north with a friend who had just graduated UCLA law. We were just long-haired hippies, sleeping in my carry-all van. We spent five days in Sonoma. Put ads up in Sebastopol and Sonoma: “Lawyer and horseshoer looking for farm.” We ended up for a few months at Bill Bisso’s artist compound. People like Norton Buffalo stayed there. Bill rented us a tin barn with a water spigot and an electric pole for $1/day.

Sonoma was small then.

Just a little town sitting over here by itself, before wine took it over. But do you know why I liked Sonoma? On the first day I was here I had gone over to the public bathroom in the Plaza. There were two men, looking conservative, well-dressed, suit and tie. Each of them greeted me, a hippie, so cordially that I decided this was a good place to be. Eventually Diana and I lived a couple of years on a 65-acre farm on Millerick Road owned by Ben Meyers, an old cowboy. That’s where our son Jeremy was born. Diana could earn more as a legal secretary than I as a ferrier, so I stayed home with the baby. When I did get job offers, my stipulation was “Yes, but you have to take care of the baby.” Mostly they were women or girls, and they did.

So, let’s fast forward to magic. How did you get into that?

My friend and I always gave each other a kid’s gift for Christmas. In ’73, I got a “hocus pocus” magic kit. I was fascinated. I’d heard about the Magic Cellar in the basement of Earthquake McGoon’s jazz place in SF, so I went. I bought a Mark Wilson course of magic. I kept watching, reading about magic. Went to magic conventions in Wichita. And I started performing for friends, at little parties. 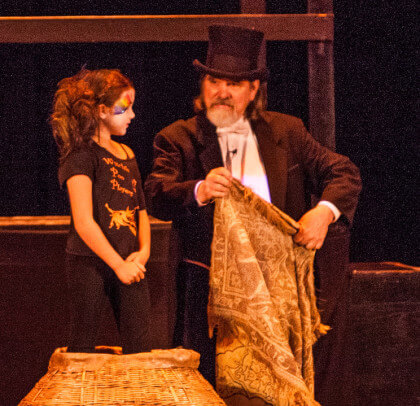 But like any entertainer, you had to have a day job.

In ’74 I saw an ad for psych tech training at SDC. Since I’d studied psych, I decided to do the one-year nurse training. Got certified and started working at SDC. They had a dance for clients in the big auditorium there every Wednesday. For the 500th dance, they had a big celebration with dance bands and all, and they asked me to do a magic show. My sister-in-law found a tux and tails in a Denver thrift store and mailed it out. It was my first big stage show, and I really had stage fright. But it didn’t come off too bad. I took a year-and-a-half back in Kansas, caretaking a ranch and running 40 head of horses, in between working at SDC. Kansas was a bigger magic center than SF then, so I got into it even more.

So tell me how you got started at The Sebastiani. In ’86, the theater had few customers and lots of financial woes. I was in a big variety show, a fundraiser for it. And Toni Kuhry-Haeuser’s Sonoma City Opera was there, and I coordinated their “Die Fledermaus.” We had a full orchestra in the pit that required more lighting, but the Fire Marshall decided the sketchy electrical arrangement didn’t meet code. So Dan Ruggles and I got together to form “Friends of the Sebastiani Theater.” I was president. We had a huge fundraiser, a performance of To Murder with Love written for the event. Larry Murphy was in it, Marilyn Kelly. With that and other fundraisers, they got a sprinkler system and upgraded the electrical. 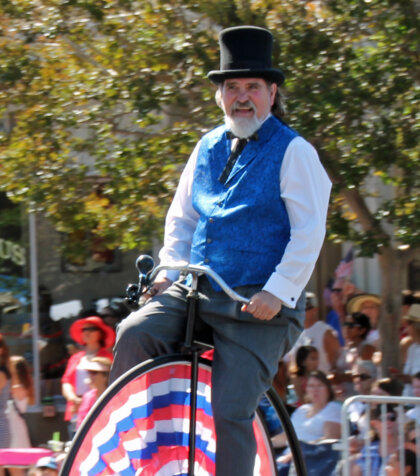 I had developed a love for this theatre. It was very run-down, and I was worried what would happen to it. So when in ’92 the City was looking for someone to sublease it, I made a proposal and got selected. It was the only movie theater in town. I jumped in the middle of something I didn’t know much, and it was more than I expected. But I was gonna make it work no matter what. Flo McCann’s brother – Flo was the former owner of the business – helped a lot. Lots of people have helped. The Foundation. I spent a lot of my money on it, over $90k over the years. It had only one speaker and really old projectors. We got a new Dolby surround sound system, and new projectors. It’s a hard business, it has been from the start. But this theatre has unique characteristics, charm. I try to preserve its historic nature. The Foundation is four years into a 25-year lease, with option to renew for 25 more. It’s totally nonprofit, and I’m the executive director.

What films do you show?

I call them “films with substance.” I look at this as being a community theatre and try to make what we offer as diversified as possible.

It’s really important to me to do things for the children and youth. We’ve had Witchie Poo over the years, and the Performing Arts Camps. And hosted Broadway Bound Kids. We still have the Sonoma Conservatory of Dance shows. Lots of memories. I’ve been here for all of them. I see all the kids who’ve grown up, confident to be in front of people. Some of them entertainers.

Any final thoughts for our readers.

You wonder about life’s fate, how you end up in a place. This has been a good one for me. 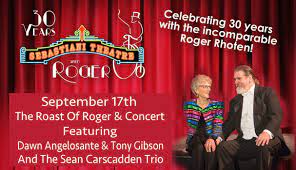 2 thoughts on “Under the Sun: Roger Rhoten, impresario ”