Cucumber recall due to salmonella 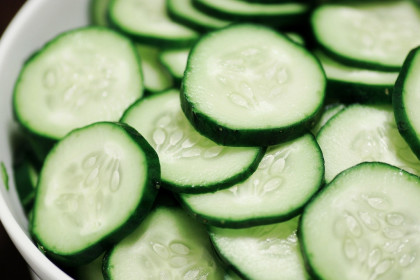 Limited Edition brand cucumbers are being voluntarily recalled by produce company A&W, based in San Diego, due to the possibility that the cucumbers might carry salmonella.

The cucumbers are grown and harvested in Mexico and have been the source of a multi-state outbreak of salmonella. More than 300 people, in 27 states, have become sick and one person has died.

If you’ve bought this specific brand of cucumbers, don’t eat them! Don’t know if you bought them? If you bought a non-organic cucumber at any of these places, from the produce section, you most likely bought one of those that is being recalled. Throw them in the compost bin or bring them back to where you bought them for a full refund. Learn more here.