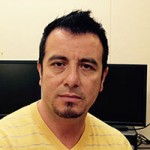 Where Are You, Cesar E. Chavez?

Posted on September 1, 2016 by Mario Castillo

Where are you, Cesar E. Chavez, why aren’t you coming to finish the struggle you began? Where are you, that the farm workers’ groans don’t seem to matter to you?

These days not many remember or care about what Cesar Chavez fought for. It seems we’ve settled for a few statues, and some streets named for him. There aren’t many who think about this union leader of Mexican heritage who used boycotts, marches and fasts to fight for the rights of migrant farm workers.

The truth is, I don’t want to be pessimistic, but the wheel of justice seems to be turning very slowly, if it’s turning at all.

Who cares if one more family leaves Sonoma for another state because what they earn from their work isn’t enough to pay the bills? Again and again, families that have been a part of this community are leaving in search of better opportunities.

The local papers have been covering the situation of an elderly woman in Sonoma, Irma Castillo, who almost lost her house. This was newsworthy, and the whole community continues to be involved in the effort to save her home. I’m not saying this is a bad thing, far from it. But why isn’t there equal interest in the situation of the many Latino families who for several years now have been forced to leave their homes?

It’s the double standard that is always at work in our community. On the one hand, people rally for a cause, make donations; on the other they trample on the rights of the most vulnerable.

Are you aware that farm workers are still struggling to be paid time-and-a half for overtime? Isn’t it illogical that the hardest work is the least well paid? Does it seem right that those whose work enriches the people of this Valley don’t even have health benefits? Cesar Chavez’ struggle has not achieved its promise, because even today those who bring fruits and vegetables to our tables and, in the case of Sonoma, grapes for wine, are still getting the poorest salaries.

As I write, the struggle is alive in the capitol in Sacramento, as farm workers attempt to get passed SB1066, which would at long last grant them the right to overtime pay after eight hours. Although there are those who are optimistic this will become law, conservative forces looking out for the interests of the rich are saying that it would be bad for growers and would give the workers less work.

Discrimination and mistreatment of the poorest is undoubtedly having an effect on future generations. Awhile back I asked my son, who is 16 and a U.S. citizen, “Son, what does the Pledge of Allegiance mean to you?” When he replied, “Nothing,” I asked him why. His answer was, “I don’t think there is liberty and justice for all.” This exchange has caused me to reflect on the reality of children of immigrants, who witness the injustices their parents experience. What will they do as adults?

Perhaps it will turn out that a child of today’s immigrants will take up the struggle that Cesar E. Chavez left unfinished. While we wait for this, it is important to remind our community who this leader was. It’s important to keep his memory alive and continue the fight.

I am heartened to know that keeping up the fight doesn’t require a fancy office or a graduate degree. All that’s required is the courage to acknowledge injustice; and to always keep in mind these words of Cesar Chavez: “We must not go after success for itself, forgetting the advancement and prosperity of the community… Our ambition must be broad enough to include the needs and aspirations of others, for their good and for our own.”