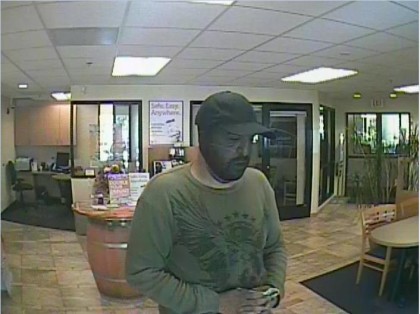 The suspect in Tuesday’s robbery at Rabobank is still at large, but the Sonoma Police Department has released a photo of the man taken by the bank’s surveillance system.

The suspect was also wearing a dark colored baseball cap and a mesh type mask over his face. Please call 911 if you see this suspect or know of his whereabouts.

One thought on “Update: Photo of bank robbery suspect”