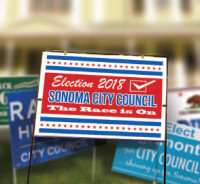 Historically, members of Sonoma’s City Council have been older, retired folks. Given that the job pays only $300/month plus some health insurance benefits, younger people with full-time jobs or families to support, with a few exceptions, generally haven’t sat on the council very often.

This year, Sonoma has the opportunity to welcome some qualified, energetic representatives of a new generation to Sonoma politics, and we’re pleased to encourage this trend. Ours is a city facing the challenges of the 21st century, and it’s appropriate that the levers of power be passed on to those with fresh, new ways of approaching the future. Accordingly, we’re recommending voters return Rachel Hundley to the council, and vote for Logan Harvey and Chris Petlock to join her. 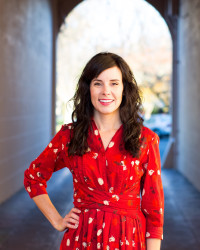 We did not endorse Rachel Hundley the first time she ran for the council, but in the past four years Rachel has worked hard and proven her dedication to giving our town her best. She has shown courage in facing threats and intimidation and maintains her composure even in the face of insults and lack of courtesy. From a policy standpoint, she does her homework, masters the complexity of issues and promotes options and alternatives worthy of council consideration. We like her thoughtfulness and her principled approach to making decisions. 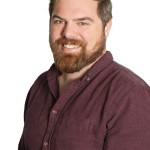 Logan Harvey is a native Sonoman who brings enthusiasm, energy and a well-honed political philosophy to the tasks at hand. Articulate, he can muster a persuasive argument in favor of his values, an important quality that we expect will help him lead the council going forward on workforce housing and environmental issues. Like any new council member, Logan will have a steep learning curve, but we’re confident he’ll ask tough questions and pursue in-depth answers. 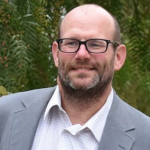 Chris Petlock’s serious pursuit of truthful information and his dedication to serving Sonoma has been demonstrated by his efforts as an ordinary citizen these past two years. Chris has been relentless in his effort to get the information Sonoma deserves about the city’s finances, and he has the professional qualifications to help untangle Sonoma’s financial knot. Being a successful city council member requires commitment and persistence, a willingness to dig into the muck and mire of city government and protect the citizen’s interests; we’re confident that’s exactly what Chris will do.

These endorsements do not diminish the four years of work on the council by Madolyn Agrimonti, who clearly cares deeply about Sonoma. And we want to acknowledge the other candidates, Jack Wagner, James Cribb, and Jack Ding for their obvious care for Sonoma and desire to contribute to our town’s future. We fully expect they will continue to make efforts for the welfare of Sonoma.

Sonoma’s government is in a state of change and transition, and faces some serious situations it must overcome, and quickly. We feel Hundley, Harvey and Petlock are the best candidates for the job, and we recommend Sonoma’s voters cast their votes accordingly.

2 thoughts on “Editorial: Our endorsements for Sonoma City Council”