The Ting, a structure that honors the historic contribution of Chinese workers to building Sonoma, will be built after all. In October, the City Council voted against construction of the pagoda that was proposed, and funded by, the Penglai Sisters Cities Committee. At issue was the idea of bricks at the site bearing the names of donors to the campaign. Councilmembers thought the look, well, tacky; they preferred a more humble brand of donor. But that concern has been answered. Jack Ding, a forceful member of the committee, helped make the case: “Donor bricks were not only essential for fundraising, they reflected the voice of the community with respect to the essential rationale for the Ting, which was to honor the contribution of Chinese laborers in the 19th century and inform the public of systemic racism that caused Chinese residents to flee the city and county of Sonoma.” The structure has deep meaning, Ting says. “This is a reminder of the Chinese past — they worked here, lived here and some of them died here. They could not find a place to be buried, simply because they were not white and Christian.” Sonoma is strong, he says, “because we are rich in history, and we are united in honoring our history.” 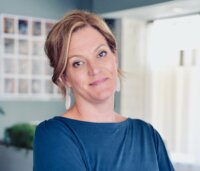 Like all high-profile people, Jennifer Thompson, profiled in the 10/24 issue of The Sun, has her detractors, and several emerged online last week to question her work as executive director of Rebuild NorthBay Foundation. Jim Smith, for one (Thompson says it’s an alias), thinks it’s hinky that the foundation was founded by developer and lobbyist Darius Anderson (who has since left the board). Also fishy: the $2 million donation in 2017 by PG&E. (Much of Smith’s ammo came from an article in The Bohemian). Thompson, characteristically, fired right back. “What did PG&E gain from Rebuild? Nothing. Our nonprofit disclosure forms have been public for months. As for (Anderson) being my Sugar Daddy, that is news to me. It is misogynistic to claim otherwise and to insinuate that my position is gained by laying on my backside. I cannot help the position of your uncurious, angry heart. I can only do the right thing, every day, and ensure we are serving rebuilders. I am proud to use that fund to change the world of disaster. What are you doing, ‘Jim Smith’ to help anyone?” Let the clapbacks begin! 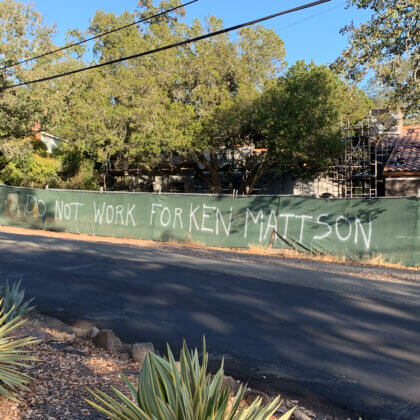 The graffiti is gone from the construction site at Highway 12 and Moon Mountain, Ken Mattson’s two-mansion compound, but the nickname remains. Neighbors call it Mar-a-Lago West.

Direct your items and innuendo to [email protected]