Trump’s SNAP Cuts Hurt Most Vulnerable — and the Economy 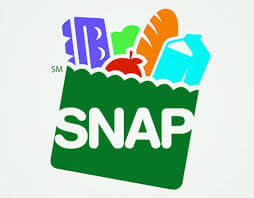 As our nation struggles to deal with the COVID-19 emergency, congress weighs giving the country a trillion dollar bailout, including a $50 billion dollar bailout to the airline industry. All the while, Trump’s Department of Agriculture continues to fight tooth and nail, to prevent over 700,000 Americans from receiving SNAP benefits (better known as food stamps). Before the ruling by a federal judge just last week, starting April 1st, all ‘able-bodied’ adults without dependents, would have been removed from the program and pushed further into poverty.

At a time when so many Americans are left wondering how long they can stay afloat without any income, the last thing we should be doing is cutting crucial safety net programs.

As movie theaters, restaurants, bars and other public places are partially or completely closed, our service economy has come to a grinding halt. It’s estimated that nearly 71% of Americans work in a service industry job, and as the disruptions to daily life continue, many of these workers are likely to be without any income. In addition, there are numerous contract workers for events, health care, and the gig economy who do not qualify for unemployment benefits.

Nevertheless, the Department of Agriculture maintains their claims that these changes will encourage Americans to be less dependent on government assistance.

Earlier this year the administration stated that the SNAP program is only intended for “assistance through difficult times, not a way of life.” Has the director of the Department of Agriculture already forgotten what he said, just a few months ago? Whether ‘food stamp’ user, disabled or ‘able-bodied’ – are all of us not involved in a crisis? Let’s be clear, even in normal times, this tired excuse is not only false, but callous.

There is no evidence to support that cutting food assistance benefits promotes increased employment. In fact, numerous studies show the opposite. Many people enrolled in SNAP struggle to find and maintain work due to a lack of opportunity, not a lack of willingness. During COVID-19, with a majority of large American cities in some form of lockdown, finding a job will be incredibly difficult, if not impossible. Recent figures suggest that 18% of Americans have lost their jobs or are scheduled for limited hours due to the coronavirus – this number may rise drastically.

Unsurprisingly, SNAP is the second most effective government program at changing an individual’s economic conditions. But those benefits don’t just help the recipients, they help entire communities. In our capitalistic system, spending is the engine of our economy, and we need as much spending as possible if we are to avoid a total economic collapse. So, when the Trump administration attempts to take away desperately needed aid from the numerous economically distressed people, they’re aren’t just preying on vulnerable Americans, they’re draining the bottom-up demand that our economy requires to properly function for all.

Withholding food from some of the most vulnerable people in our country in an arbitrary attempt to decrease government dependence is wrong, both morally and economically. SNAP is one of the most important anti-poverty programs in America, one that helps feed nearly 42 million people, and right now we need it more than ever. Cutting it would be a massive mistake.

Few people want to be dependent on the government to provide for themselves or their family, but in certain circumstances and challenging times like now, government intervention can help avoid total disaster. In the midst of a global health and economic crisis, the government can expand benefits, to help a nation and the individuals in need. When our government is considering billions and trillions of dollars in bailouts for various industries, I see no reason a poor American in terrible circumstances should go hungry.

Ron Guillot is a member of the Patriotic Millionaires, a coalition of high net worth Americans concerned about the destabilizing concentration of wealth and power in the United States. He lives in Denver.