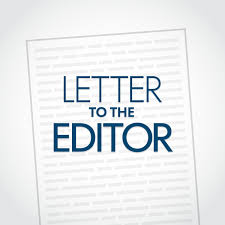 Now that the low pay and insufficient income of the Valley’s most essential workers has become painfully clear, it would be tragic for Sonoma to close its borders to new working-class housing.

That appears to be just what will happen if the language proposed by the self-described Citizens to Renew City of Sonoma’s Urban Growth Boundary is adopted.

Limiting growth to five-acre increments and requiring a four-fifths vote of the council will make it practically impossible for affordable-housing developers to actually use the 20-acre expansion that the UGB permits.

I have one foot in Sonoma (I go to church here) and another foot out of it (I live in Santa Rosa). I see the area’s economic (hence racial) segregation every time I drive into town.

The city is wealthier, with high property values and better services. The hard-working Springs is poorer, with crumbling roads and rising housing costs that push some people out and force others to double up.

City Council members have bemoaned the lack of time to do a proper job before the UGB expires; Maybe the solution is for them to extend it for a year or two and involve the whole community in planning to solve the housing problem and re-writing the UGB.