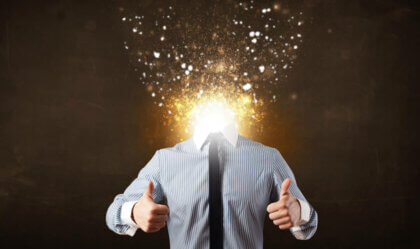 This Plague thing has clearly upended everything anyone thought about anything, and the world is awash in punditry. With spelling and grammar that often defies autocorrect, anyone with opposable thumbs is tapping out anguished reactions to The Greatest Calamity Ever.

It all recalls the ancient Chinese curse: “May you live in interesting times.”  Which apparently is, Always.

The latest Calamity seems worse, however, because it coincides with the start of the 2020 season of America’s longest-running series, “Attack of the Zombie Cops.”  Faster than you can falsify an incident report, a video of the latest officer-involved shooting/beating/tasing/strangling/gassing of protesters, minorities, the homeless or mentally ill, etc., goes viral as police nationwide hotly compete for this year’s coveted “Protect & Serve” trophy, a gold-plated jackboot  known in precinct houses everywhere as “The Jackie.”

Thankfully, most 2020 entries are not from Sonoma County, where this year there have been relatively few people Protected & Served to death (non-fatal encounters are ineligible for “The Jackie”). That said, not every encounter is videotaped; as some officers can attest, body cams sometimes malfunction just when you want them to.

A few years back, however, there was one notorious county entry featuring a Latino teenager carrying a pellet gun who was killed in seven shots flat as he turned to see who had called to him.  Surprise! – it was the deputy who shot him. Assuring the deputy paid a steep price, he was immediately investigated, promoted, and retired with full pension.  Sued by the boy’s family, the County paid millions in compensation, an award known in law enforcement circles as an “Oopsie!”

Sometime later, another resident with a history of mental illness was yelling and breaking streetlamps in the midst of a psychotic break.  Apparently applying standard protocol, deputies calmed him with a taser until he died. Unable to re-live the horror of their loss in litigation, the family sought no compensation. In police parlance, that’s called a “Freebie.”

At press time, one notable county entry remains in 2020 Protect & Serve contention: A deputy who cornered a suspected car thief (driving his own car) reached through the car’s window, wrapped an arm around the suspect’s neck, slammed his head repeatedly into the side of the car, tasered & cuffed him face-down on the ground. At some point, the crafty suspect escaped custody by becoming dead. Despite no confirming video, this entry is particularly noteworthy because the deputy was actually fired and may even be prosecuted.

Or re-hired, promoted, and retired on full pension. As always in such cases, it depends on the findings of a specially convened independent investigation conducted by cross-their-hearts-and-hope-to-die totally impartial officers from a doughnut shop in a different jurisdiction.

Their findings will be carefully analyzed by the DA’s office to determine if charges are warranted.  To assure objectivity and avoid even the appearance of bias, DA’s maintain rigorous arm’s length relationships with all officers. Except, of course, when officer testimony is needed to get a conviction in a criminal trial. Or help the DA get re-elected.  But never more than Always.