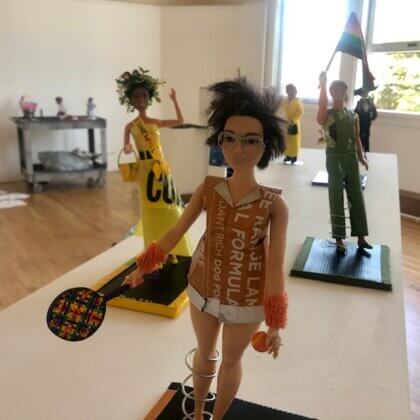 Despite her appearance — unrealistically proportioned, vacuous expression, blonde — Barbie was always woke. When she first appeared, in 1959, she was of the era, a plaything. But the diminutive dynamo (11” without the heels) was soon breaking barriers. She was a surgeon when that was still weird. Likewise, the always-fashionable trailblazer served as an Army medic, ran for president. She drove for NASCAR, coached soccer and was yes, even a rocket scientist.

She even got in early on the Malibu real estate boom. And all while being a hot model.

And now, as an anchor exhibit of the Sonoma Community Center’s Trashion Fashion Week, she is both model and role model in “BARBIE: Heroes & Reinvented,” an online exhibition and auction preview. 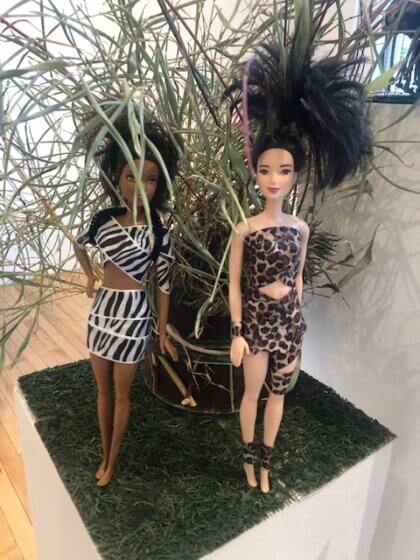 The show is online now. Each of the dolls (it’s O.K. to call them that) is in full Trashion mode: dressed, wrapped and bedecked in recycled material. Fashion, Barbie’s been proving for 60 years, is indeed sustainable.

Each of the dolls will be auctioned off as part of the live-streamed Trashion Fashion broadcast on Saturday, April 10, at 4 p.m. 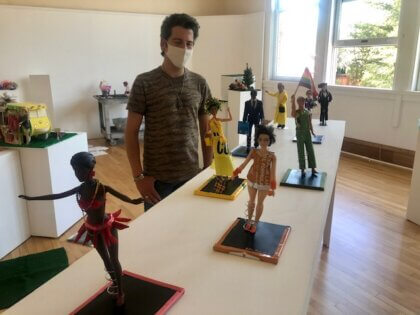 The Barbs are now on exhibit at the Center presented in 3-D groupings and themed vignettes. Chris Weller is a professional photographer and diorama installation artist. A few years ago, he submitted a Barbie. Then he was asked to design and arrange the gallery space itself.

He spent several days unpacking the dolls — they come in bags and boxes, dropped off or in the mail. One came from New York, another from Singapore (she’s the one in an exquisite dress made entirely of toilet paper). And designing and affecting each set and back-drop. He also photographed each model individually for the auction ‘catalog’. Mattel meets Vogue. 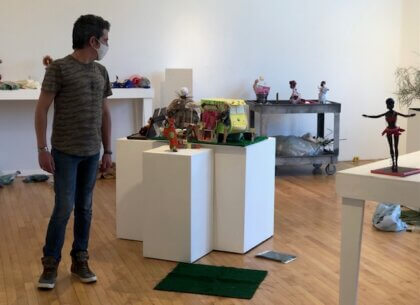 This is the first year the show has had a themed category. Weller admits that with the entries of “recognizable heroes” he expected a rash of Marvel and other fantastical superheroes. “But the majority of what the Center received were wonderful representations of flesh-and-blood heroes, pioneers and warriors for human rights,” he said.  “It’s been a real pleasure to witness this recalibration of what we view as heroes in society today. For a modest show in what still feels like a small town, I think it speaks volumes.” 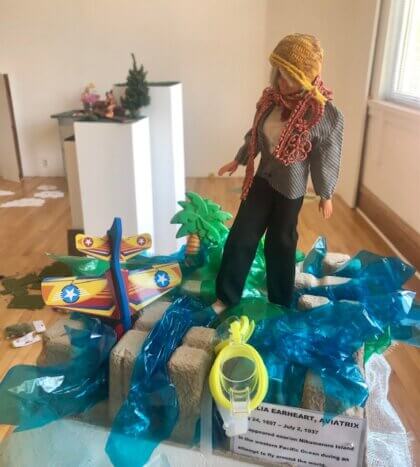 Because many of the heroes were indeed representations of actual people he approached the staging a bit differently this year. “In the past I’ve imagined and presented soap-opera-level interpersonal relations, but it didn’t feel quite right to have RBG in the center of a love triangle, or Amelia Earhart play a damsel in distress.”

Find more info on the week’s events, the Barbie show and auction, the runway show preview, and the main event, where the models are actual people.