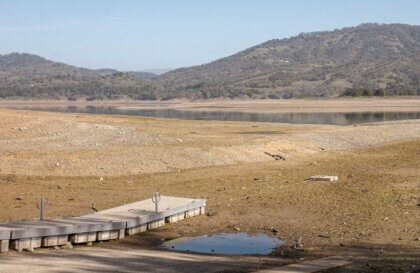 Sonoma County held a virtual Town Hall on Climate April 6, picking up where we left off, said our District 1 Supervisor, Susan Gorin, when our lives were so rudely interrupted by the pandemic. She was “excited”, she said, to move climate change to the top of the agenda where it belongs.

Speaking with greater gravity, District 5 Supervisor Lynda Hopkins declared “we’re out of time, and it’s past time,” admitting that “what we’re doing isn’t working” and finally summoning up the reassurance that “if we’re all rowing in the same direction we can make progress.”

The entire meeting seemed to vacillate like the needle of a meter from deep concern to predictable reassurance (we’re in California, after all) of the possible. But we really don’t know.

The Town Hall provided a platform for leaders of relevant agencies and civil society to give quick summaries of their goals and accomplishments. It also encouraged community participation through the rapidly moving ticker-tape of the “chat,” now well familiar to all veteran zoomers; thus encouraged, some participants pelted the platform with a steady barrage of suggestions and concerns.

It all took place at breathtaking speed, well-facilitated by BJ Bischoff and her team. At last, there’s a lot going on, and if it all should have happened ten or 50 years ago, it’s better late than never, with the terrifying deadline of 2030 looming before us, when emissions must be cut in half if we are to avoid the feedback loops attendant upon passing the dread 1.5 degrees C. of warming.

A March 2021 report by electrical engineers at Cornell University said California is not moving fast enough. Our current path will take us to a simmering 3 degrees by 2030, according to a recent report from the UN.

Anne Creelock spoke of how the Sonoma County Water Agency, “facing the unprecedented challenge of droughts, floods and fires,” is now taking steps to reduce its carbon footprint, which have been lowered by 99 percent after switching over to Sonoma Clean Power. The Agency’s climate adaptation plan is in progress.

The Sonoma County Transportation Agency, responding to a decade of public demands, is updating its pedestrian and bicycle policies; it is also working on a plan to maintain the North-South transit corridor served by Highway 37, which will be subject to sea level rise in future. And many thanks to the public for passing the transportation bond last year.

Tennis Wick, head of Permit Sonoma, talked of centering growth in cities; accounting for Vehicle Miles Travelled in relation to zoning; the need for electric charging units; sequestering carbon through vegetation management; and examining the possibility of creating solar farms. “With everyone working together, we can do this.”

We do hope so.

Tanya Narath, Director of Climate Programs for the Regional Climate Protection Authority (RCPA) – the first organization of its kind in the country – was sanguine. We’ve got a plan, she told us, the Sonoma Climate Mobilization Strategy, and you will find it at https://rcpa.ca.gov/projects/sonoma-climate-mobilization/  It’s ambitious, and quite comprehensive.

“Building on a legacy of successful climate action” reads the web page. Huh?

Leslie Lukacs of Zero Waste assured us that the county is on target to reduce organic materials in the landfill by 75 percent to reduce methane. That would be great, and it, at last, sounds doable. Many cities are already doing it.

Whether it can be done, whether it is enough, whether the public will divide into those in favor of affordable housing versus those for protecting open space, or farmers versus developers, the usual pattern that encumbers every project, remains to be seen. But we’ve got a plan.

The activist sector, while trying not to rage or lament, was a bit more cautionary.

The ever-practical and positive Trathen Hechtman of Daily Acts focused on the importance of working together, urging us to “align networks,” enhance social infrastructure, and “unleash the power of community.” His was the first serious mention of the work at the community level.

Pete Gang of the Climate Mobilization spoke of previous deadlines missed while praising the county and its cities for declaring a climate emergency. He invited us to have a look at the stunning interactive website he and farmer Emmett Hopkins created last year, imaginesonomacounty.com, a work in progress that also calls on the active participation of the community, without which surely no government planning will take flight.

How to inspire united public enthusiasm remains a question.

Caitlin Cornwall wrapped up the presentation with a call for integration of housing, open space, and care of the land. It was a good note to end a meeting in which all the pieces had been presented piecemeal.

Next step? May 11 Climate Policy Workshop with the full Board of Supervisors.

Arresting climate change is a whopping big assignment, no doubt about it, and it’s good to see the county moving ahead. There’s certainly no time to waste. Getting it right will be hard.

But there was one glaring omission at the Town Hall. We heard about soil. But what about food? The fabric of food security is already showing signs of fraying.

Food prices rose markedly with the pandemic and are still rising. The media is shouting predictions that food prices will “sky-rocket” this year.

Forbes reports, “2021 will likely bring biblical-style extreme weather including droughts, frigid winters, and monster hurricanes” but not to worry, “savvy traders should be able to make some money as prices for food stuffs such as wheat, corn and coffee, jump as the inclement weather destroys crops and reduces yields, the report from Hackett Financial forecasts.”

Bad weather, high prices, money to be made — this is the world we live in.

Surely it can’t happen here, yet the surprising fact is that we have little control over our food supply. In this land of bustling farmers’ markets, only three percent of the food we eat is actually produced here, according to the Ag Commissioner when I inquired in 2015. He wasn’t sure. It was the first time anyone had asked.

The state of our food supply is not just a matter of prices. The whole food system is at risk, and not only from unruly weather. It’s at risk from Bill Gates.

More about the culinary troubles of our age, next time.