A January 6 stand for Democracy 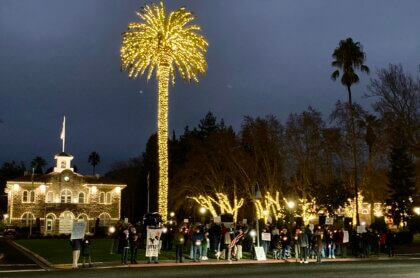 Thursday night’s Vigil for Democracy on Sonoma Plaza marked the grim one-year anniversary of the insurrection and riot at the U.S. Capitol in Washington DC. Similar events are being held nationwide. 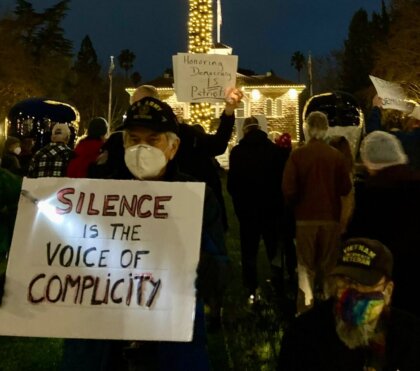 “The promise of democracy is not a partisan issue but a calling that unites us as Americans,” said Beth Hadley of the Sonoma Valley Democrats, an organizer of the gathering. “In America, the voters decide the outcome of elections.” 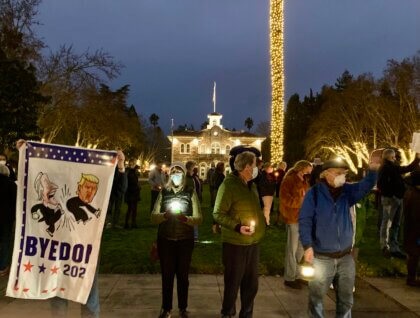