Cat of the Week 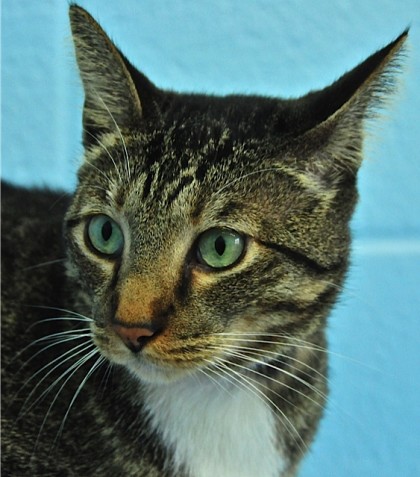 Meet Whitey! Whitey is a 6 year old short haired brown tabby with white male. He came to Pets Lifeline with a companion cat when their owner died.

Whitey is a very confident cat…probably an alpha cat. He knows what he wants and is not hesitant about letting his feelings be known. He has had some issues with other cats, though he got along with Girlie, his housemate. Because of this we recommend that Whitey be the only pet in the household and be in a home with older children. A slow introduction will help him settle in.

He has a sweet side which will probably come out when he is in a home. It has to be hard living in a home for six years and then coming to a shelter – even one as wonderful as ours. Can you help this cat?