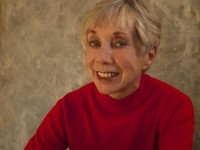 The City of Sonoma has selected Karen Collins as Honorary Alcaldessa (“Alcalde” is the Spanish name for Mayor), an annual tradition recognizing oustanding public service.

Particularly of note was Ms. Collins’ work in the preservation and protection of the natural environment in and around the City of Sonoma, said Mayor Amy Harrington,

Collins currently serves as a Commissioner on the Sonoma County Regional Parks and Recreation Commission, and was instrumental in creating Sonoma’s Overlook Trail. She also serves on the Board of Jack London Park Partners, the nonprofit group that operates Jack London State Historical Park. In 2014 she was named the Sonoma Valley “Conservationist of the Year.”

Her community engagement also extends to supporting the arts, health access and other community causes. She chaired the prestigious Salute to the Arts three times and volunteered on the boards of the Sonoma Community Center and Sonoma Valley Hospital Foundation.

The City of Sonoma will host a reception in Ms. Collins’ honor soon.  Details of the reception will be announced at a later date. To learn more about the City of Sonoma Alcalde and a list of past honorees visit https://www.sonomacity.org/alcalde .