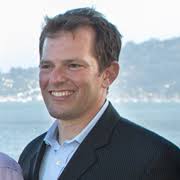 “I wanted the job from the first time I heard about it – the Park, the community, the history. But what clinched it for me was the mission, ‘…to run the Park in a way that would make Jack London proud,'” said Leffert. “How aspirational is that? Who wouldn’t want the job?”

Leffert, 48, has over 18 years experience in nonprofit fundraising, most recently with the One Tam partnership, a major initiative of the Golden Gate National Parks Conservancy to support over 50,000 acres on Mt. Tamalpais.

Leffert has distinguished ties to the Sonoma Valley — his great grandfather was James P. George, founder of the eponymous George Ranch).

For the One Tam project, Leffert helped raise over $7.5 million to launch the complex, multi-agency partnership. Also on his resume: heading the Conservancy’s corporate development strategies for the 75th anniversary of the Golden Gate Bridge raising $5 million and an additional $1 million benefiting Alcatraz infrastructure, the Institute at the Golden Gate, as well as the Bay Area Healthy Parks – Healthy People program.

In New Orleans, post hurricane Katrina, he served as the Development Director for New Schools for New Orleans where he led a $40 million campaign to rebuild and reform the devastated public school system. Also, while in New Orleans, he was the legacy director for the Jewish Endowment Foundation of Louisiana, successfully working with 12 autonomous partner organizations.

Lynne Deegan-McGraw, president of Jack London Park Partners said of the hire, “The Board could not be happier with the skills, talents and experience Matt brings to build on the management foundation established by Tjiska.”

Leffert his wife, Sarah and their two daughters, who attend Presentation School.