Pets Lifeline has new board president

Pets Lifeline has announced a transition of leadership for its Board of Directors as Marchelle Carleton takes the helm as president of Sonoma Valley’s only animal shelter.

She moves into the post previously occupied by Kevin Schuh, who has served as board president since June of 2016. 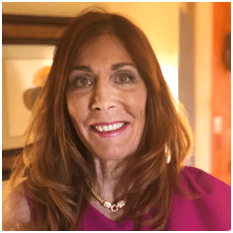 Carleton joined the Pets Lifeline board in October of 2015 and has vast experience with nonprofit leadership in Sonoma Valley, having served on the Boys & Girls Club board for 12 years including a term as president and being one of the founding members of the Cha Chas, a volunteer service group for the youth at Valley of the Moon Children’s Center.

“I am passionate about animals,” Carleton said. “My cats and dogs are and always have been so important to me. I appreciate the work of Pets Lifeline and am honored to be leading the charge as we take our organization to the next level.”

Other newly elected officers include Rhonda Stallings, DVM, as vice president. Keeping their current officer roles are Paul Arata as treasurer and Elaine Smith as secretary.

“I am honored to be working with this group of dedicated community leaders who champion the mission of Pets Lifeline,”said Nancy King, Executive Director. “We have a diverse and complementary Board whose individual talents combine for a powerhouse of organizational leadership – and they are not afraid to roll up their sleeves.”

Carleton was product manager at Kimberly Clark, worked at a marketing and advertising at an ad agency on the Peninsula, and for the past 15 years has co-owned of Carleton Group Healthcare.

“Although this past year has been beyond challenging, we are very excited to enhance our animal welfare capabilities for our dogs and cats in need in Sonoma Valley as well as the community at large,” said Carleton, who will be at will the helm when PLL moves into its new Animal Resource Center. “We have an amazing board and together along with our executive director we look forward to initiating many new programs and opportunities in Sonoma Valley.”

Kevin Schuh will remain on the board. His tenure as president spanned the launch of the fund-raising drive to build a new Animal Resource Center, secured the necessary $3.4 million dollars, and broke ground on the project.

The new facility, built on the lot of the old Pets Lifeline on Eighth Street East, is expected to be complete in Spring 2021.  “Kevin is amazing,” King said. “He has this knack for seeing a new perspective on situations and creating the path to success, I have greatly enjoyed working with him and am so glad he will remain on the Board.”