From our Creative Arts special issue 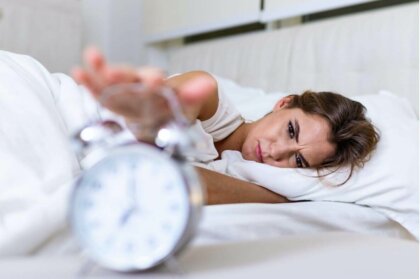 As “last call” approached on that tension-filled night, when the bars are supposed to close, my cochlear nerves and every receptive fiber in my ears were at full attention. I listened for the car to round the corner. I listened for Mom and LG to shuffle down the sidewalk in case they had decided to take the bus home. I was in bed, but every few minutes I lifted my head off the pillow to squint at the clock, and as time went on, I got more and more nervous, assuming that the more hours that went by, the more drinks the two would be downing.

Then the sun came up the next morning and they still weren’t home, I ached with dread. They had never pulled an all-nighter before. I tried to bury my anxiety, hoping that with the light of day, they would get breakfast somewhere and eventually come home sober—or at least sober-ish. As a sixteen-year-old girl, I didn’t have the gumption to hunt for them; calling around to police stations and hospitals was also unthinkable. If I caused my mother and her husband any trouble or embarrassment, I’d pay, so I didn’t dare try.

Jumpy with adrenalin and apprehension, I busied myself by doing housework. A sparkling house might make my mother happy, and keeping her happy was a critical objective for me in those days. I started in the kitchen, removing all of the chipped, cracked, stained, and mismatched plates and glasses to wipe out the cabinets and re-thumbtack the paper liners. Then I pulled apart the stove to soak its crusty burners and scrub every white surface that was coated with amber-colored grease.

Next came the refrigerator. That relic had groaned and sputtered for years, causing milk to spoil, leftovers to get moldy, and meat to go rancid. When it would stop working, we discovered that if we held a lit match or two up to an exposed wire that ran between the interior thermostat dial and the upper icebox, the bipolar beast would chug back to life. The cost of a new refrigerator could have quickly been recouped in grocery bills, but since Food Stamps covered only food, not appliances, we made do.

It was close to ten o’clock that night when the phone finally rang—approximately thirty hours from when I had encouraged my mom to “Have fun,” told her I loved her, and kissed her goodbye. It turns out, that was our final exchange. Without any preface or attempt to soften the blow, LG said, “Your mother is dead. I’ll be home in about an hour.”

When sober, his ability to communicate fell between silent scorn and expletive-laced commands, but this was different. His voice was devoid of emotion, flat, vacant. Perhaps he was in shock. Perhaps he actually said more, but I was in shock and stopped hearing at that point. In fact, I didn’t even ask what had happened. I didn’t know if LG had killed my mother, or if she had fallen in a drunken stupor and hit her head, or what. All I could think in the moment was that he was coming home and she wasn’t, and I was terrified. Without her to protect me from his rages, I didn’t feel safe, and I literally didn’t know how I was going to survive.

My mother had been incapable of shielding me from LG’s verbal onslaughts, but when it came to physical ones, she had stepped in with the intensity of an angry mama bear. Not once did he ever get away with swiping at me. I had been jumping on the furniture, and he came after me with a yardstick, which he cracked across the back of my bare legs. I was six years old. He would have whacked me some more except the yardstick broke in half, and my mother jumped in. She told him that if he ever hit me again, it would be the last thing he would ever do since she would kill him—and we both believed her.

But now, with her suddenly out of his way, I panicked at the thought that there might be ten years of pent-up blows he’d want to let loose. He never did lay a hand on me after Mom died, but not a day went by when I wasn’t afraid that he would. A couple of weeks after we buried Mom, I saw a copy of her death certificate. It said that she had a heart attack and had been dead on arrival at the hospital. So, LG wasn’t a murderer—but he wasn’t a father to me either.

Since Terry Sue Harms graduated from Mills College in 1992 with a Bachelor’s Degree in English at age 32, she’s written three books. The third, a memoir entitled The Strongbox: Searching For My Absent Father, was published in October, 2020, by She Writes Press. Recently retired, she spends her volunteer hours as a literacy coach.