Under the Sun: Madolyn Agrimonti, Mayor of Sonoma 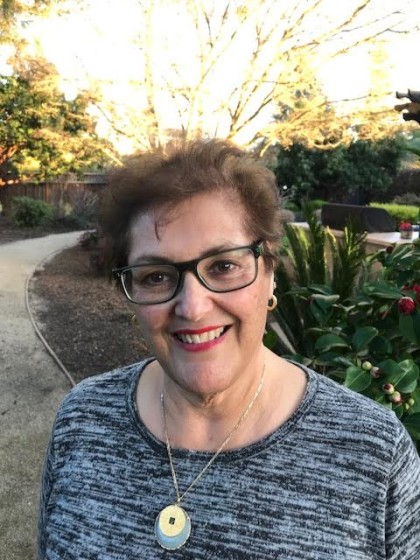 You’ve been on the City Council since 2014. Now that you’re Mayor, how do you like it, and how is it different?

I love it! I’m having fun. The difference in being Mayor is you can reach out beyond what you usually do as a Council member. Another difference is everyone stares at you waiting for you to start the meeting.

I love your sense of humor. What are your other strengths?

I really value people. I respect them and listen to them. Politics is a strange thing. When people get to know me they feel more positive about me as Mayor. They may have seen me as someone who is always smiling and social. But there’s another side of me when it comes to doing the people’s business. And I think that makes me a good leader, as does my experience.

You have some background in government, correct?

Yes, I was on the City Council in Daly City for 12 years, and was Mayor there twice. I accomplished great things there and I want to do great things here, especially on affordable housing.

Tell me about Daly City.

My proudest accomplishment there was my successful effort to open a much-needed $8 million Boys and Girls Club, with community meeting rooms and a public library.

What do you hope to achieve here?

In Sonoma, one priority is to look at the City’s reserves. It’s money that could be working for us. The question is, are we being prudent, or are we hoarding? I would especially like to review the $50,000 Housing Strategy Fund. I plan to propose taking $30,000 of that and giving it to Sonoma Overnight Support to help them continue providing overnight shelter as well as showers and hot meals during the day for our homeless population.

What have you done so far as Mayor?

I appointed myself as the representative to the Tourism Improvement District, which is highly unusual – it’s always been the City Manager. But she was fine with it. I feel like it’s the people’s business; it’s not just about money. I’m also proud that we got a stop sign on 2nd Street East, at a dangerous corner with poor visibility. Above all, I’ve been aiming to get more “people” business on the agenda. It’s been mostly City business such as contracts and approvals, all of which are important and time sensitive, but I care about people. Also, I’ve expanded my office hours, which are from 10 am to noon on Tuesdays, by appointment. Recently I’ve been listening to some of the neighbors of the affordable housing project the Council just approved on Broadway—they have some legitimate concerns, including parking, that I think we can solve.

Amy Harrington recently apologized publicly about nominating Rachel Hundley for Mayor last year, when you were Mayor Pro Tem. Did you accept her apology?

I think it was one of the most honorable things I’ve heard in recent years from a person in public office. To be honest, I did not count on becoming Mayor that year. I may not be the smartest person, but I have a strong intuition. I know people.

3 thoughts on “Under the Sun: Madolyn Agrimonti, Mayor of Sonoma”