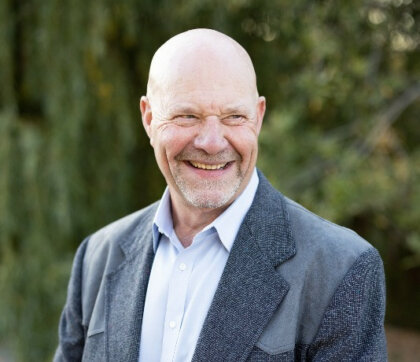 In 2020, Sonoma County’s voters overwhelmingly supported Measure P, which garnered 64% of the vote. Measure P called for increased oversight of the Sheriff’s Department through the Independent Office of Law Enforcement Review and Outreach (IOLERO), the civilian body created in the wake of killings of 12-year-old Andy Lopez and other serious allegations of misconduct by Sheriff’s Deputies.

Current Sheriff Mark Essick has displayed a shocking disregard for public safety, including refusal to enforce health measures approved by the County during the Covid pandemic, and diminishing the role of IOLERO. During his term, the public has been shocked by the violent actions of some deputies captured on video, and it has became clear that Essick is seriously out-of-step with the concerns of Sonoma County’s residents and political leadership. He is not running for another term.

Sonoma County’s voters now have the opportunity for a sea change in Sheriff Department leadership. Carl Tennenbaum, whose law enforcement career was spent in San Francisco, is the only candidate to wholeheartedly support the implementation of Measure P, and its call for accountability and increased transparency of department activity.

That he is an outsider to the current organization is a positive element; the other candidates are from within the department, and one of them is even the endorsed choice of Essick. It’s unlikely that anyone from within the current Sheriff’s Department will challenge its toxic culture after being part of it for many years. If that were true, we would have heard their voices before now.

Law enforcement is a difficult job, and having the best-qualified deputies is a must. In today’s world that not only means officers with courage and conviction, but also empathy and understanding, professionals who recognize the value of diversity and respect the public. Carl Tennenbaum supports creating a team of mental health professionals who are available to evaluate and assist in emotionally-charged citizen interactions, to help prevent unnecessary use of lethal force.

Such an approach represents 21st century law enforcement, rather than the 19th century style of brute force. Officers need to de-escalate confrontations, not simply shoot from the hip, and Tennenbaum understands that.

Sonoma County is an increasingly diverse community, and sensitivity to cultural differences on the part of deputies is essential. Tennenbaum is committed to a department that reflects the makeup of Sonoma County, and wants officers who are committed to community-oriented policing. This means being visible, of course, but also accessible as human beings to the needs of the public. Law enforcement need not be all about being tough; staffing the department with thoughtful, compassionate professionals who see use of force as their final option is paramount. Tennenbaum understands we need to transform not just the procedures of the department, but the values and training of deputies as well.

Change begins at the top, and we believe Carl Tennenbaum is the change we need.

One thought on “Tennenbaum for Sonoma County Sheriff”